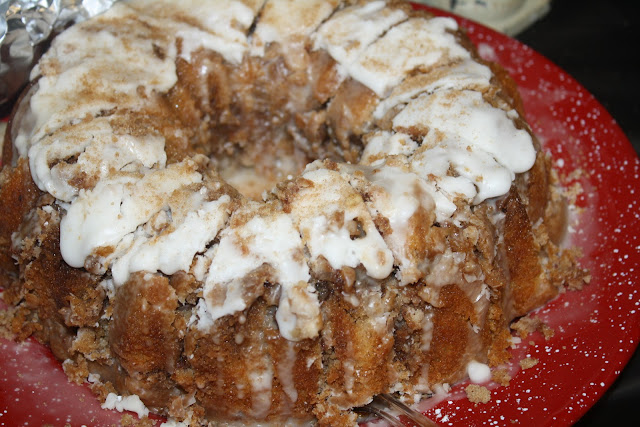 I have made this cake exactly twice.  I have probably had 20 requests for the recipe after serving it twice. No kidding. I have never had a piece of it. No kidding. But apparently it is the bombdiggity, as both times it is devoured and the recipe is requested.  I originally made it for a party my mother-in-law was hosting. I thought I would be nice and help her out. But I did not want to go to the store. So I used only what I had on hand. So, I kind of used a little of this and a little of that, because  that is what was available to me. Then my MIL told me how popular and delicous the cake was, and that everyone wanted the recipe. Dang. I had not written it down. So, I recreated it again, as much as I could remember, for the rehearsal dinner I gave. Once again, the cake was gone and requests for the recipe were many. So, once again, I am going to try and recreate the recipe. I hope you enjoy it as much as everyone else appears to! And, finally, it will be in writing!

Apple Cider Cake
(with delicious filling)
Prepare a white cake mix according to directions AND
add to it a teaspoon of almond flavoring AND
a tablespoon of cinammon. Mix well.
Grease a bundt pan (grease well)
Pour in a little over half the prepared cake mix.
Mix the following together in a small bowl:
2 small apples (peeled and chopped)
1/2 cup chopped walnuts or pecans
1/2 cup brown sugar
2 tablespoons of cinammon
Spread this mixture over the cake batter in the pan.
(If you want to add more of any of the above, feel free to,
my measurements are approximate!)
Then add the rest of your cake batter, covering all the "goo"
you have in the middle.
Bake at 350 degrees, just as you would a regular cake.
It takes probably 25  to 30 minutes, but check it to be sure.
When it is done, take it out and let it cool.
After it is cool, loosen it from the sides and turn it over onto a plate.
Glaze
Mix together 1/4 cup apple cider with powdered sugar. (Once again
you can add more cider or as much powdered sugar as you want.)
As you can see from the picture, I have a thick glaze on mine.
Pour this over the top. You may also add a few nuts to the top.
Serve. Eat. Enjoy.
Tomorrow: Scotchies 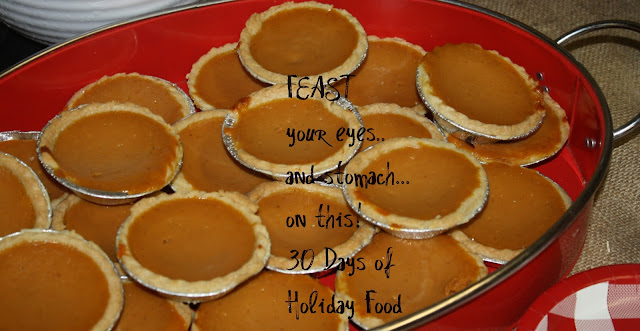 Labels: FEAST your eyes and stomach..