I had what I thought was a great idea to have one blog post per week where we could get to know each other a little better. For those of you that already do know me, then perhaps your name would pop up on one of the posts. Being an established English nerd, I thought that "Tell All Tuesday's" alliterated very well. 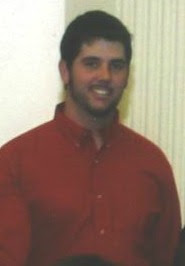 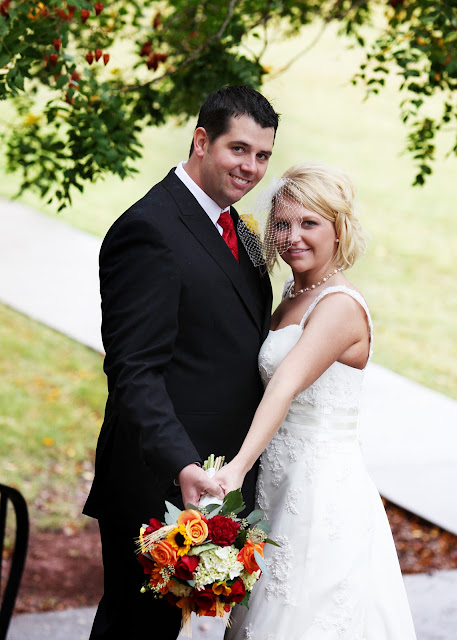 What I did not realize at the time is that the first two Tuesday's of the year would be two of my children's birthdays! 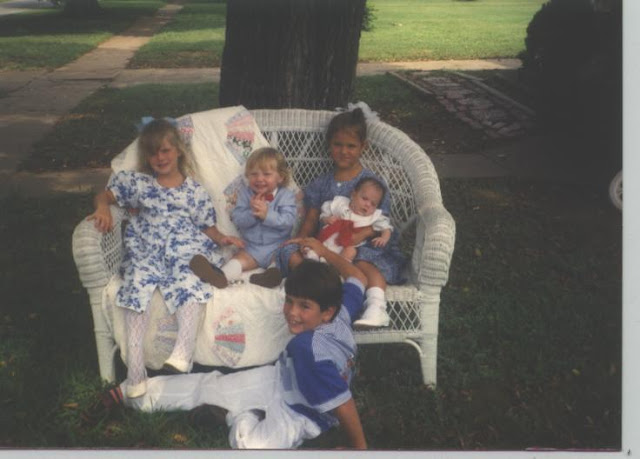 This Mama is having a hard time with today's birthday though!
You see, my oldest child,
Fielding Jourdan Lucas
turned 30 today.
Wow.
I cannot believe I am the mother to a 30 year old!
And in just two short (or VERY long) months,
I will be the Gigi to his firstborn child. 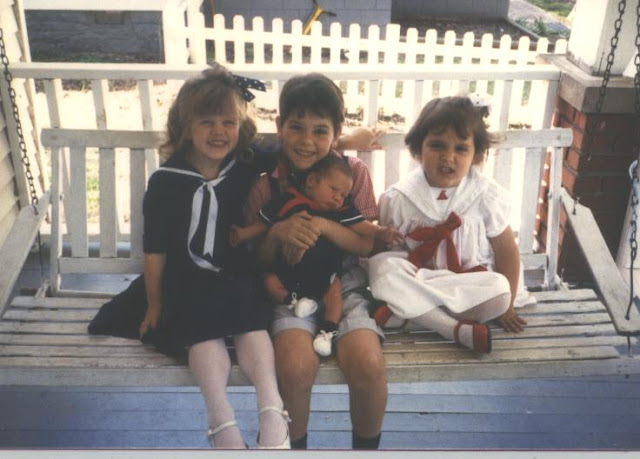 When I was looking through my computer files
for pictures of Field,
I kept finding Fielding with the whole gang
or Fielding with his brothers.
I think the only time Fielding had pictures taken alone
was that first year of his life.....the only 16 months he
was ever alone! 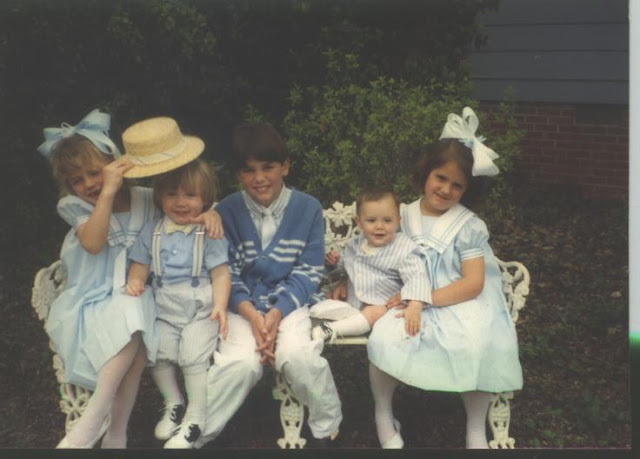 When Fielding was still two years old,
he already had two little sisters!
He was great at playing with them.
He was not mean.
He never had to have his own way.
He went along with the girls ideas.
He was extremely easy to get along with.
Then when he was about four years old he began to pray
before every meal,
every night before bed,
and every other chance he heard the word "prayer" mentioned.
His prayer was always the same,
"Dear God. Please send me 11 brothers. And soon.
Thank you. This is Fielding." 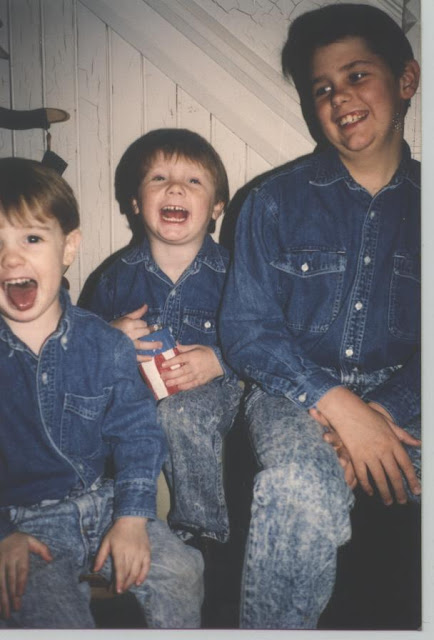 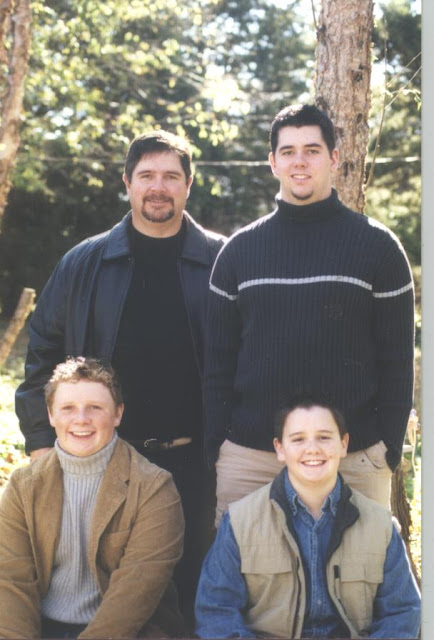 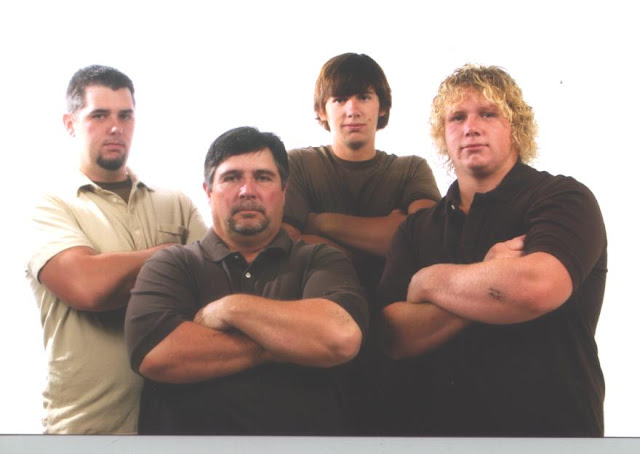 He had to end up settling for two (not-so-little-) brothers.
But he has enjoyed every minute of them.
They have sought out Fielding's approval
on everything they did.
It is not easy being the oldest of five-very-close-siblings,
because you don't get to be a baby/toddler/child
for long yourself, because there is always someone bumping
you out of the rank. 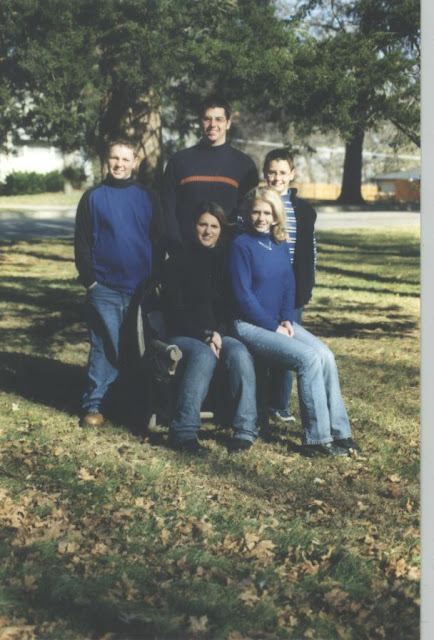 Then to put more pressure on being #1 on the totem pole,
Fielding was also the first grandchild on both sides...
and the first great-grandchild on all sides!
He has worn his title well.
He is patient and kind and has a
very quiet, relaxed personality.
Hubby and I were living in Houston
when Fielding was born.
We were far away from all our family.
We were young.
We were SO excited to be having our first baby.
My entire pregnancy went very well.
I had a doctor that mandated
"no sugar, no cola's, no processed foods, and as little salt as possible." I followed his every word. I was young enough to still believe that doctors are infallible!
Right around Christmas time I began to have some problems.
In fact I spent Christmas 1981 in the hospital.
For the next two weeks I continued to have problems
but the doctor told me to rest, take it easy and
things should be fine.
(The next part is kinda gross!)
On January 8th, I had just gone to bed.
I thought my water broke just as I got into bed.
When I got up I found out it was something
much, much worse.
I was literally gushing blood.
Huge clots of blood.
It was in fact so bad that when the Hubs
would go back home later (without me)
he would have to throw our mattress away!
In the meantime,
Hubby called the doctor and said we were on our way
to the hospital.
We lived in Houston and there is nothing fast about getting
anywhere in Houston.
But because it was night things did move a little quicker.
It seemed like a long ride into the hospital. I have no idea why  we did not call an ambulance. I can't remember if we even considered it.
I do remember that we both prayed aloud the whole way to the hospital.
I knew things could not be good. 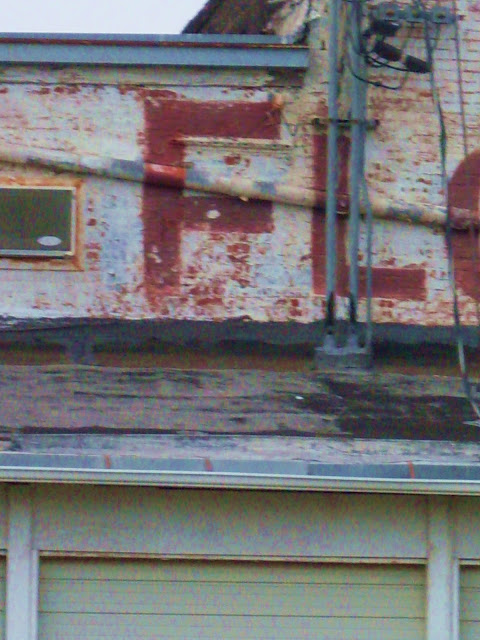 To make a long story short,
I was admitted to the hospital and tests
were run on me on the 9th.
I did not get my regular doctor, but the one that was on call in the practice.
He assured me that we could stop or slow down the bleeding
and my doctor would decide what to do.
I know, I know, it is stupid.
Looking back on it, I think we were just young, and stupid, and very scared.
I would do things SO differently now.
It was the weekend also, and no one seemed in a hurry to do anything.
Then on the evening of the 10th, I was still in the hospital.
I stood up to go to the bathroom again and the same exact thing happened all over again.
Hubby had just gone home for the night, so I pulled the emergency lever.
A male African-American nurse came in and looked at me, looked at the huge mess all over the floor, and started shouting.
Then he turned pale. I really mean that.
He gently put me back on my bed and started shouting orders  down the hallway.
Before I knew it my bed was being
pushed at a high rate of speed down the hallway as well.
I told them to call my Hubby (this was before cell phones you know.)
I remember that I could hear all kinds of commotion and I asked a nurse what was wrong with someone.
She said, "Honey, this is all for you."
Then I knew enough to get scared as well.
By this time I was in the operating room and they were prepping me for an emergency C-section.
I told them I could not have one without my Hubby there.
They told me they did not have time to wait.
What I did not know is that as my Hubs unlocked the door at our house, the phone was ringing from the hospital.
They told him to get back immediately and that it did not look good for the baby or me.
Can you imagine how he felt driving back through Houston?
They also called a priest into the operating room, even though I am not Catholic.
I was aware enough to know things did not look good.
Just as they told me to count backward from 3, they told me that my Hubby had arrived. That is the last thing I remember.
The next thing I remember is that I could hear someone moaning, very loudly, very close to me.
Whoever it was would not shut up.
I kept hearing them over and over.
Then I remember my Hubby rubbing my cheek and saying my name. When I tried to answer the moaning stopped.
I finally was 'with it' enough to realize that annoying moaning
was coming from me.
To finish the "quick" version, it turned out that the problem I was having that last few weeks was both Placenta Previa and Placenta Abrupta.  We found out later that people rarely have both happen and when they do, they usually bleed to death. It is also rare for the baby to live when it was as bad as mine was.
They told Hubby when he got there that he could come in the operating room. He got to see the entire C-section.
They also told him, again, that there was very little chance for us. (Hence the priest in the room).
Miracles do happen though and Fielding and I both lived....without any long lasting after-affects.
Tim was able to hold Fielding as soon as Field checked out okay.
Then Hubby proceeded to try and wake me up so that I could see him. The first question I asked was "What did we have?"
We had not known before hand.
Fielding was beautiful.
He had lots and lots and lots of coal black hair.
It has never changed.
Because he was a C-section baby, he looked perfect.
He was the best baby that I have ever seen to this day.
(Believe me, I got a rude awakening to real babies later!!) 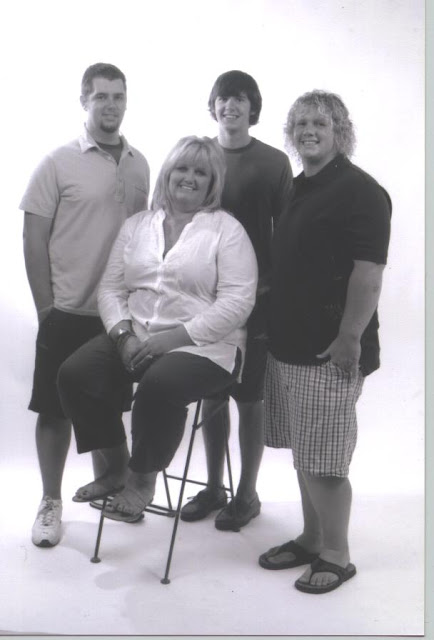 Now that I am older and wiser
there is not a day that goes by that I don't give thanks
that both Fielding and I lived through our ordeal. 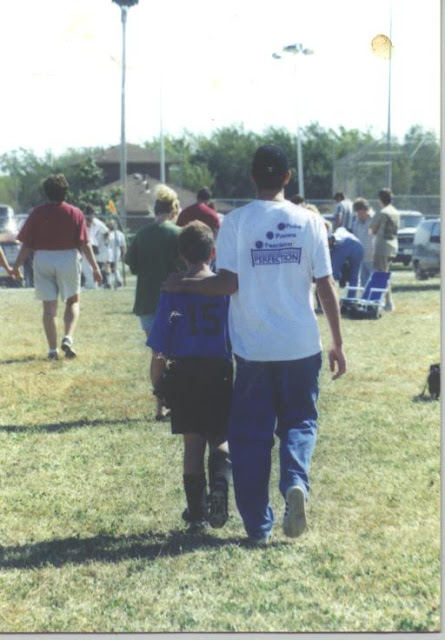 Fielding has had to endure untold comments about
his name.
He has been Phil Dean.
Feeeeldean.
Lucas Fielding
and Field and Stream (people are so funny.)
When we were naming him it really never occurred to me,
a newbie mother,
that so many people would have
so many opinions,
about a child's name.
And lots of the people we did not even know!!!!!!
My Hubby was a baseball player in college and I thought that
"fielding" would be a great proper noun to Fielding!
His middle name was two-fold.
Since we were so far from home, we looked for a name that would connect Fielding to his Oklahoma roots.
The town where we were from was first called
"Jordan Valley".  So we stole the Jordan part.
THEN to counter-act that fact that we were Sooners
having a baby in Texas, we added the extra 'u'...so there would be an OU in the middle of his name!
So we got
Fielding Jourdan Lucas.
Excellent oldest child.
Wonderful son.
Great big brother.
Kind and gentle and soft-spoken.
Fielding continues to help people as he works as a
fireman and paramedic. 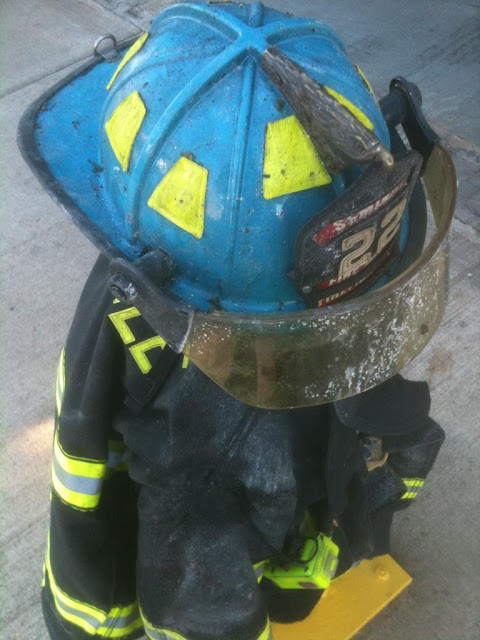 He puts his own life on the line each day
for others.
He will always be the kind that looks out for people.
In two months
Baby Princess Lucas will be lucky enough to be the first
to give Fielding another name,
when he becomes "Daddy".
Happy Birthday Fielding.
I love you. 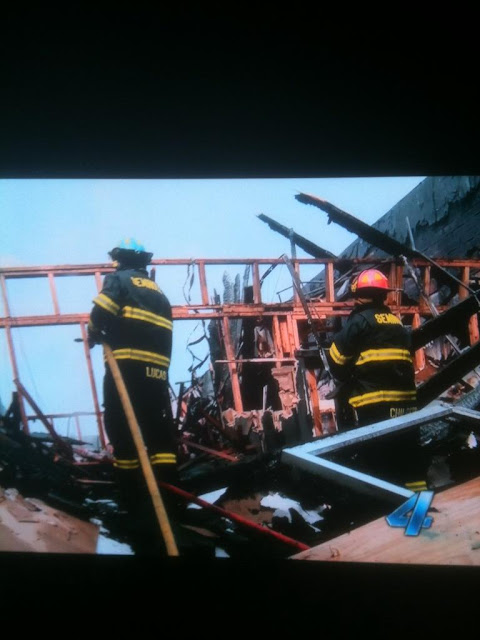