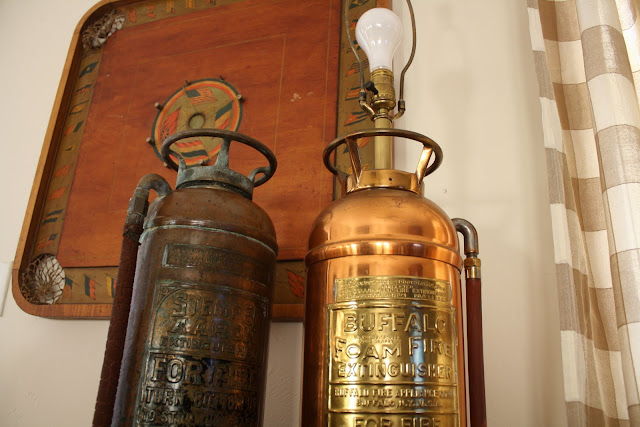 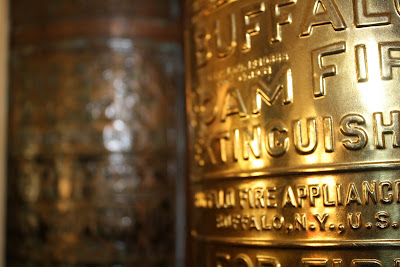 Really, I was in high school and a high school classmate had moved to my town from Tulsa. His step-father had been high up in the Tulsa Fire Department before he had retired.  At their new house in my hometown, the family had decorated  in vintage fireman memorabilia.  This was over 30 years ago and at the time people had not really caught on to how great vintage memorabilia was.  This family had.  They had the neatest house I had ever seen. I was smitten. I liked all the funky old 'junk'. Among other memorabilia in their living room, they had two old fire extinguishers they had turned into lamps.  I knew then I wanted some for myself. 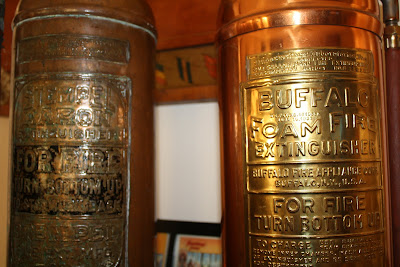 Fast forward thirty (plus!) years and I am finally getting my fire extinguisher lamps.  My two old extinguishers were  found at different locations. The first one I got was at an auction and I paid less than $5 for it.  The other one I got off of Craigslist and I paid $20 for it. Both still have the rubber hose attached.  I have seen some  without the rubber hoses and I held out until I got just what I wanted. 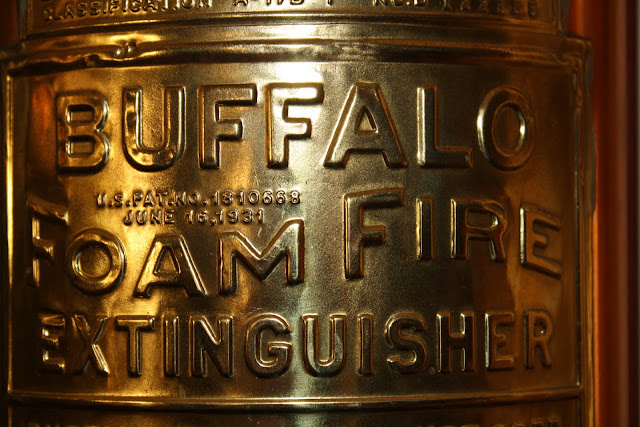 One extinguisher is done and ready for its lampshade.  It has been shined up with brass and copper cleaner. It has been drilled and equipped with a lamp kit. It looks BEAUTIFUL!! 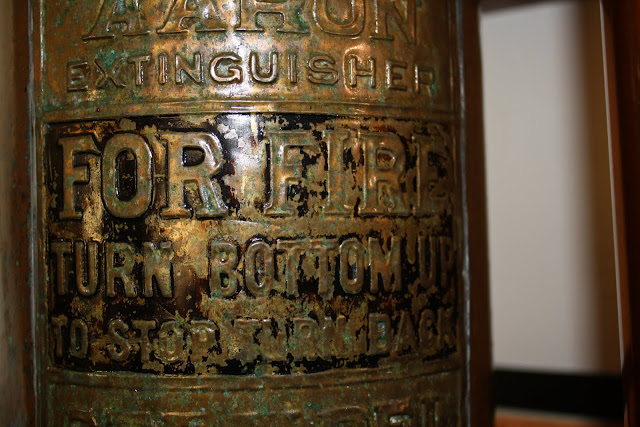 The other extinguisher is still waiting its beautifying!!  It actually still had some old extinguisher 'foam' inside that had to be removed.  Now its waiting the brass and copper rubdown and then the lighting drill.

Both are awaiting lampshades.  I am on the hunt for the perfect ones.
They do not have to be alike, as the extinguishers are different. 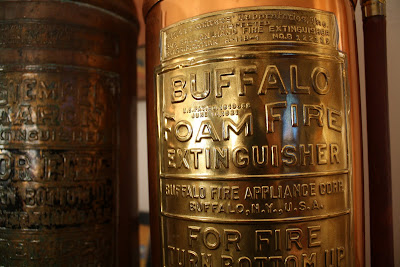 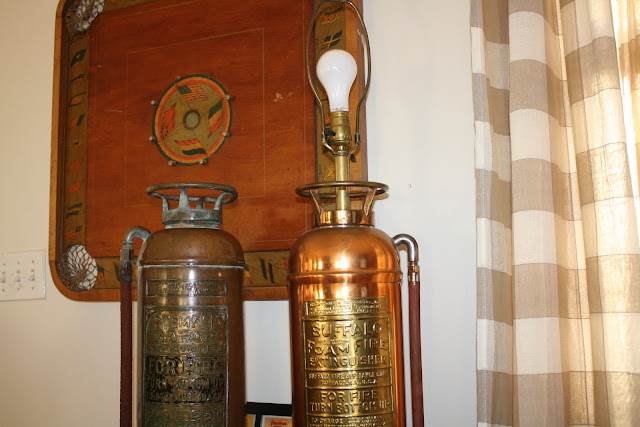 The warmest homes are those that are filled and decorated with the things the family loves.  I understood that thirty plus years ago.  I have tried to do the same in our home.  Sometimes it takes patience to find 'just the right' piece.  (Patience as in 30 years!)...But I'll be the first to say. It was worth the wait.  I'll show these again when both are finished and completed with lamp shades. 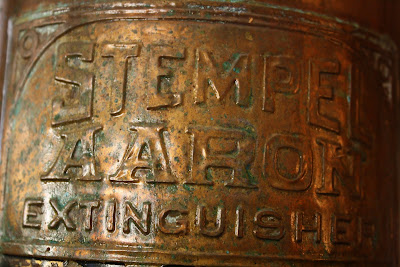 On a final note, our oldest son, Fielding, has worked for several years as a Paramedic.
He got accepted to his first Fire Department job this past month.
It is a goal he has been working towards for a long time. 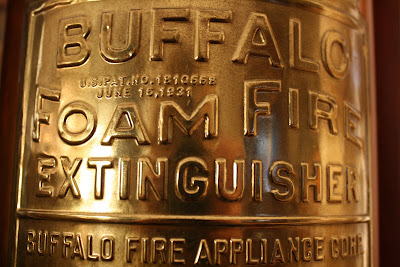 My husband said as a token to Fielding, to show him how proud we are of
all his hard work to become a fireman,
we should give him one of our completed
fire extinguishers.
My initial thought was "What!! I've been looking for these for 30 years!"
But then The Mother in me realized,
what a perfect gift!
So, now I am on the hunt to find another fire extinguisher
to turn into a lamp, to replace my give-away.
But, isn't that half the fun?  The Great Hunt????? 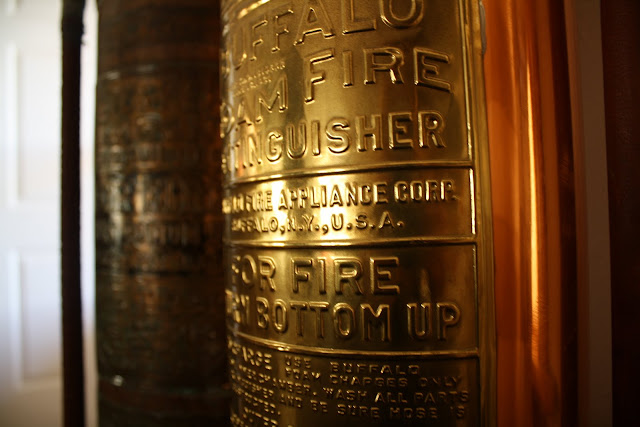 I am linking these to Susan's Metamorphosis Monday over at Between Naps On The Porch.
Go by and look at all the great ideas people come up with!