Taking Thanksgiving on the road...last year 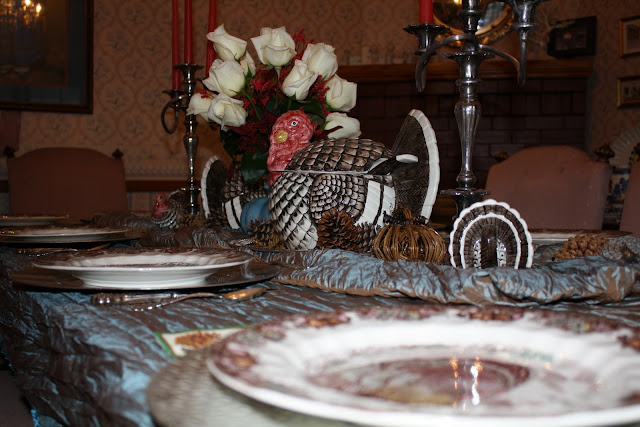 Last year for my wedding anniversary my husband bought me a set of "Thanksgiving" dishes. My anniversary is in August and I could not wait to use the dishes in November. 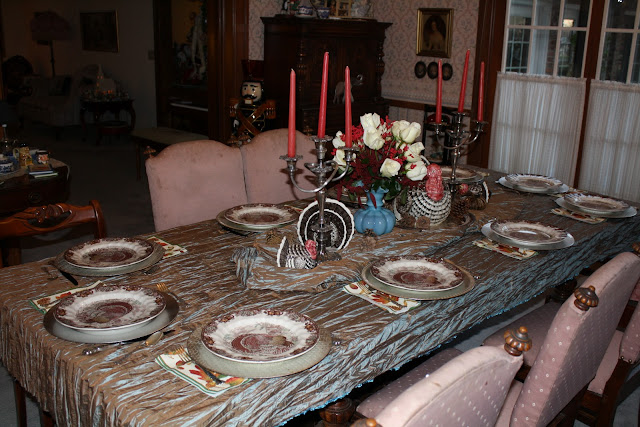 Then my mom was in the hospital and bed-ridden throughout October and November (and actually until  late spring). So my siblings and I decided to have Thanksgiving at my parent's house. We would go to them, since they could not come to us. 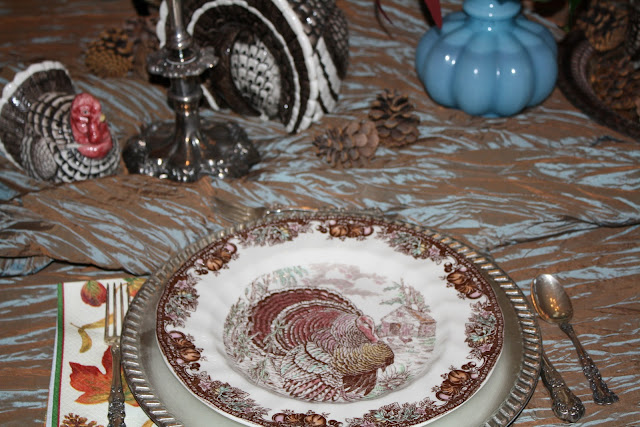 So I hauled part of my new dishes for the big meal. It's not as if my mother did not have plenty of beautiful dishes, but I was determined to use at least part of my dishes.  The plates are shades of brown, deep reds and blues. They are beautiful. (My dad thought they were not 'very traditional' fall dishes, so he insisted we use the fall napkins. They look out of place, I realize, but it made him happy!) 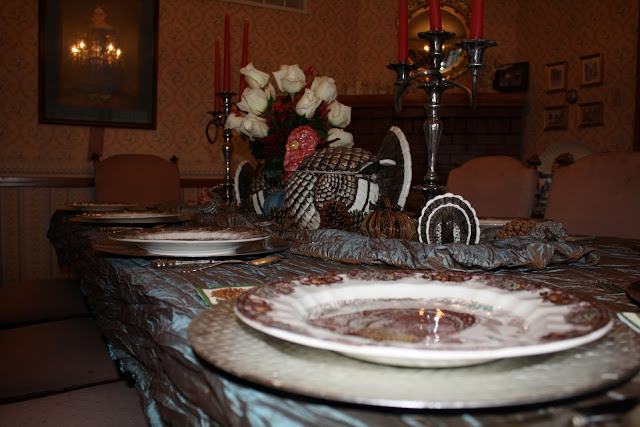 My sister-in-law had several yards of the gorgeous blue fabric that matched the dishes exactly. We draped it as a tablecloth and used an additional piece in the middle of the table as a runner. 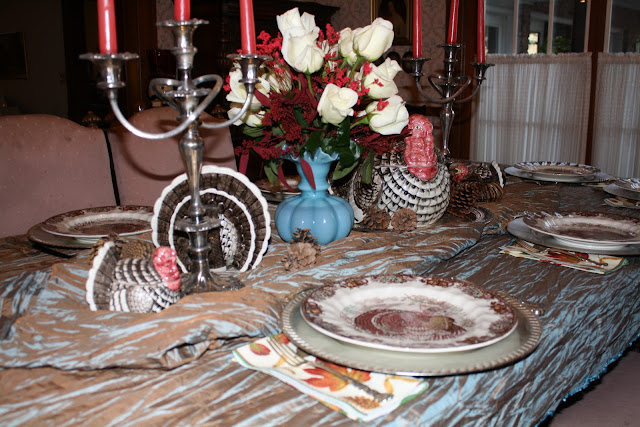 My mother's collection of turkeys could not have matched the dishes better if they had been part of the set. She has the same turkey in several different sizes, so we added them to the middle centerpiece. 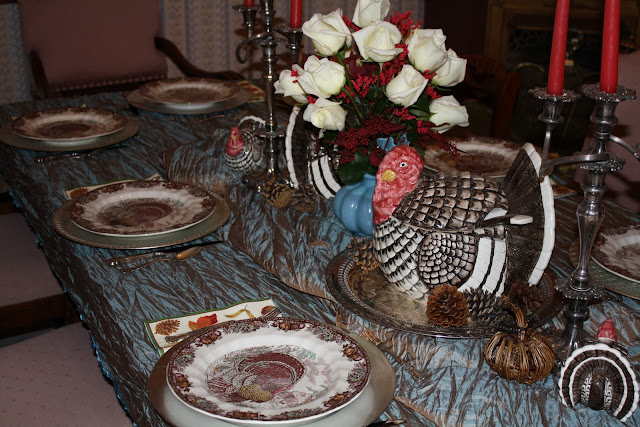 My mother also had the beautiful blue vase that we used in the middle of the table. It was my mother's birthday as well as Thanksgiving, so my sister-in-law, a florist, added the white roses to the vase as our centerpiece. We finished it off with my mother's silver candelabra.
It was not our typical Thanksgiving by any means, but
we did work hard to have a
beautiful table
that my mom could
come sit at for a little while.
Because, in the end, that is what Thanksgiving
is really all about...
being thankful for family blessings.