Does anyone remember that old commercial where at the end
a woman dressed in a long white dress would announce,
"It's not nice to fool Mother Nature!"
And there would be a huge clap of thunder. 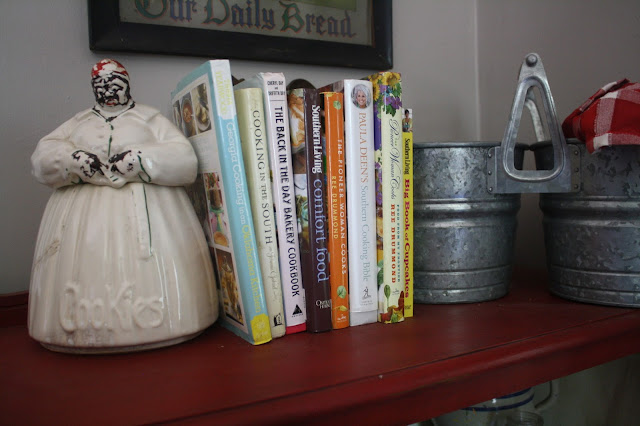 That's what I have thought of this past week. For the past two summers, we here (in Oklahoma) have suffered from record setting heat and drought. We set the national record for the hottest summer (cumulative days) on record....two years in a row! 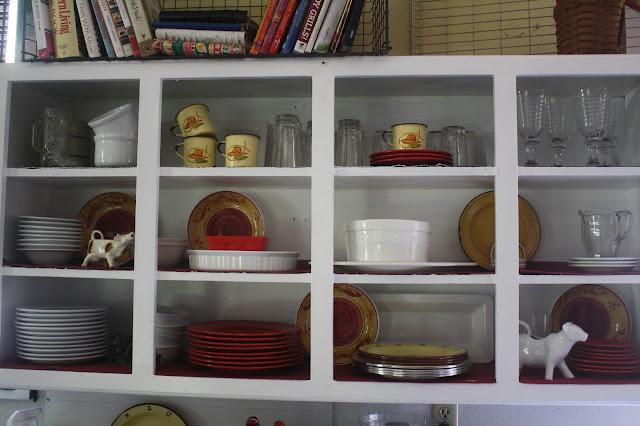 It was absolutely unbelievable. We had almost 100 days of 100+ two summers in a row. Can you imagine? It was brutal on our land. Not to mention, if you have ever been to Oklahoma you KNOW how crippling the humidity can be. 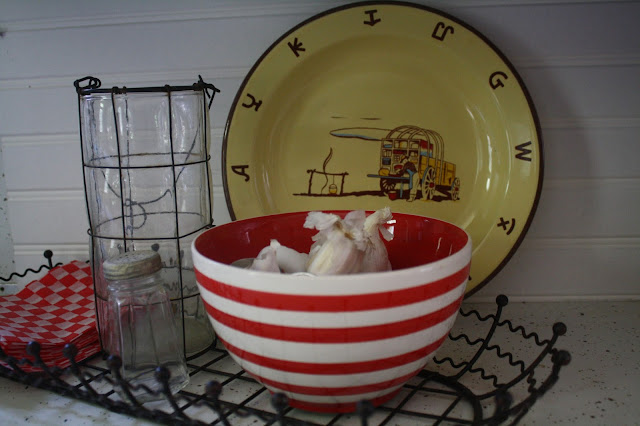 Well this year we set records again. Only this time it was for the most rain in a summer. Our summer has been very, very placid. There have only been two days over 100. That is unheard of. We had tons of rain. We had thunderstorms day after day. 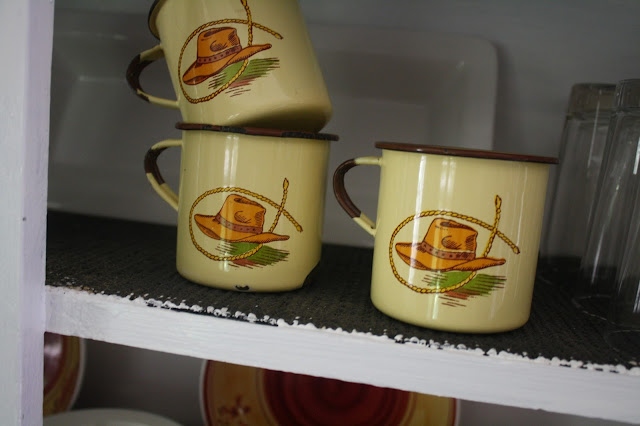 We had (for Oklahoma) a fairly mild summer with a lot of 90's and even a string of 80something days! So when I decided to late-summer-early-fall my house before school started back, I had all the confidence in the world that fall was just around the corner. 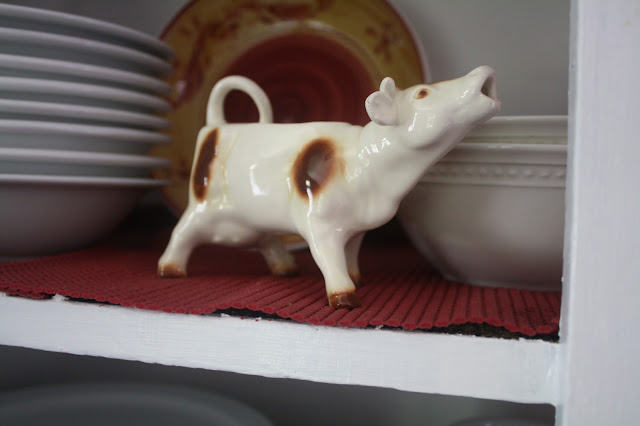 It's not nice to fool Mother Nature!!
Apparently she has other plans. No sooner had I brought in warm yellows and browns to go with my red dishes, and put all the red, white and blue away, it decided to "be summer". As in the summer we are use to in Oklahoma. 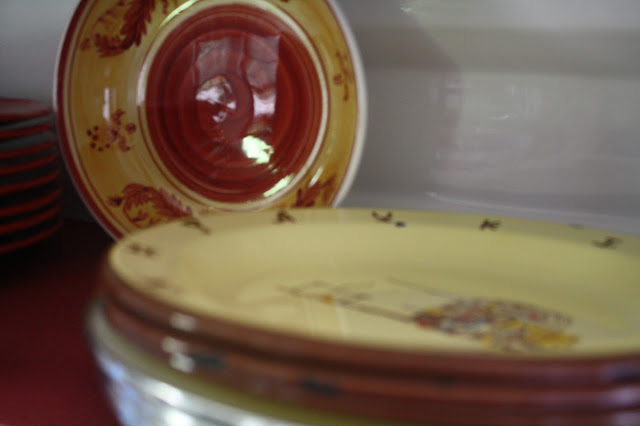 For all the foreseeable days of our weather forecast, it is predicted to be in the high 90's and low 100's. It seems that summer finally made it to Oklahoma and has unpacked its bags and plans to stay a while. 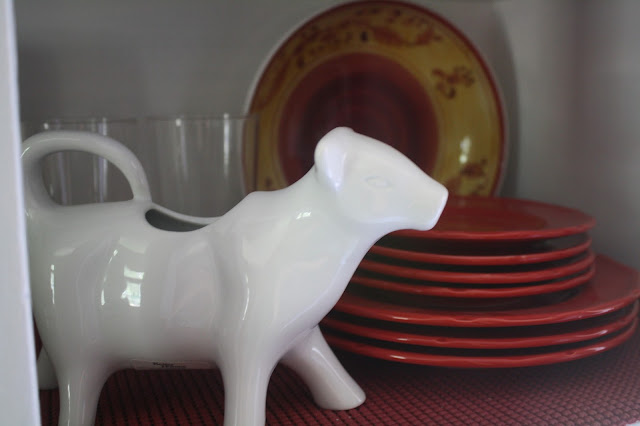 I'm grateful for the break from the likes of the previous two summers, but I will now just be satisfied with my yellow, browns and reds of late summer. 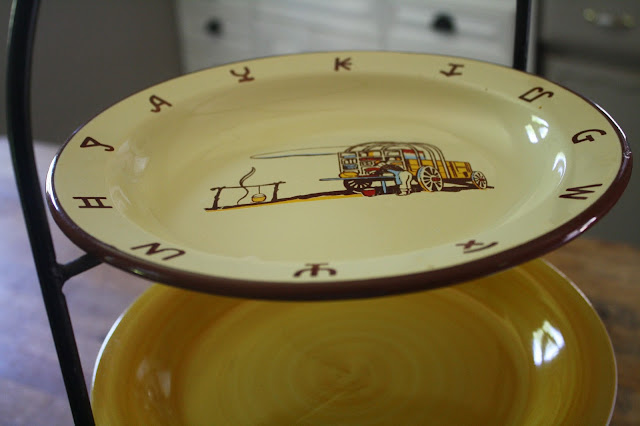 There will be no early autumn decorating here! Just a mellowed-down summer home. 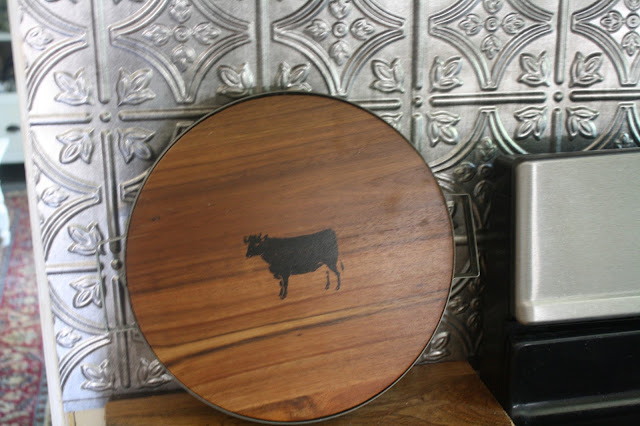 Because Mother Nature reminded me, (once again), that the season will change when she's good and ready for them to...and not a second sooner! 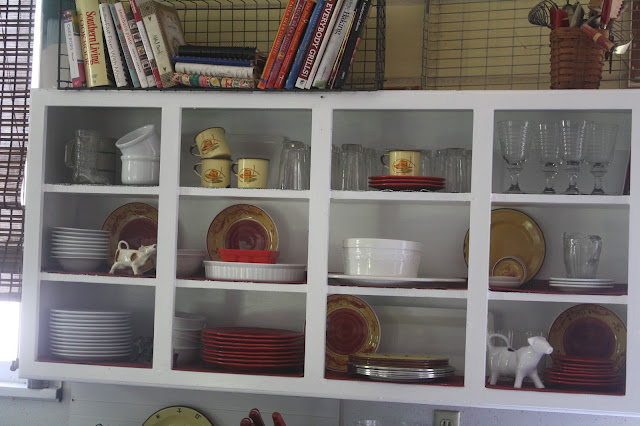 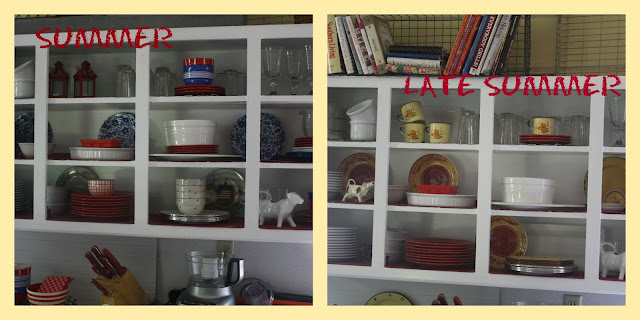