March Madness in the Kitchen

With March Madness going on, what could be better than having your own 'basketball court' in the kitchen? One table, some tape (and it helps to have a great son) and you can have one too!

My family puts the "fan" in "fanatical"!!  My husband and I both grew up playing organized sports. My husband played ball in college.  We then passed that love of athletics onto our five children.  All five of our children played ball as they grew up.  Two of my boys played college ball and one of my daughters was a college cheerleader. When my sons finally finished playing organized baseball, it meant that my husband and I had been going to the children's baseball games for 21years!!

That does not even count football, basketball, soccer, track meets, swim meets......well you get the picture.
So, as you can imagine, March Madness brings excitement for my family.  Everyone loves to watch the games, fill out their brackets and have a little family competition. 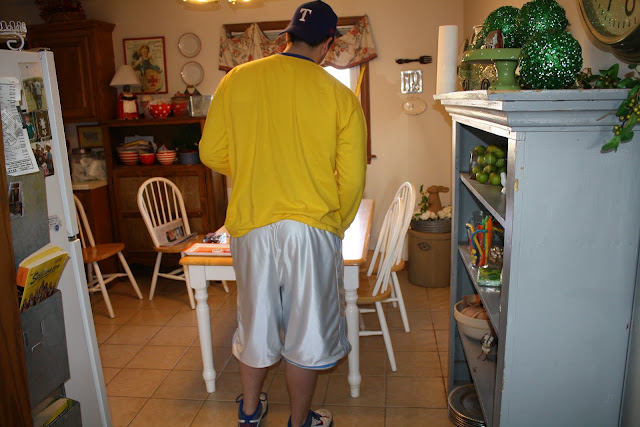 With all that in mind, then you probably won't be surprised that my son Luke installed our own version of a basketball court right in the middle of our kitchen. No, it's not 94 feet long, but it is to scale. 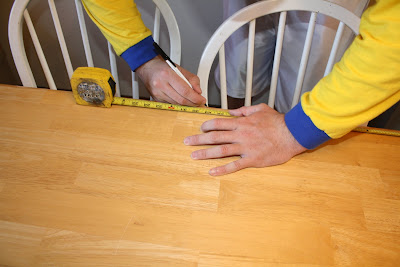 Luke was very precise.  That is how he is. 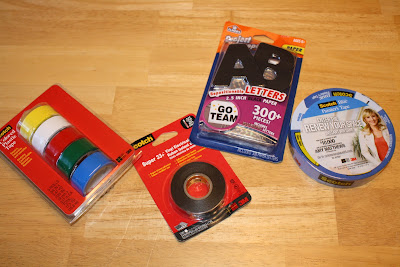 Even though I want to have a zinc or a steel top made to put on the table, he used this.  It is not permanent.
(Although Luke wouldn't mind if it were!) 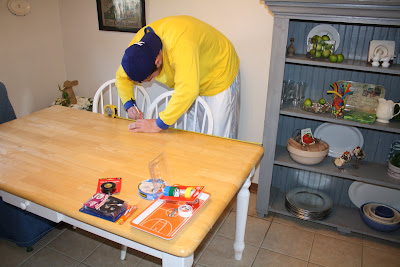 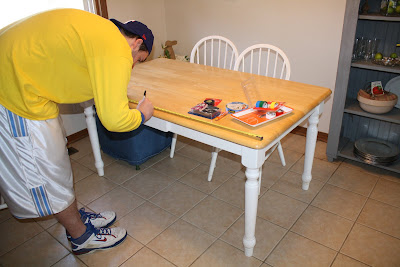 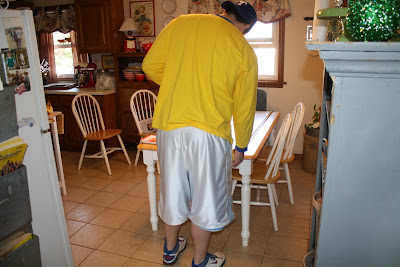 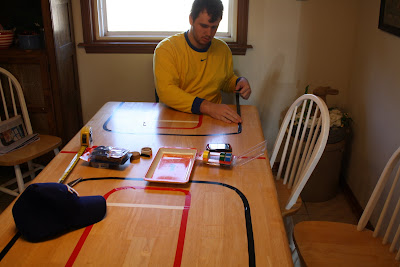 Starting to get the picture?  Now you know what he is doing??? 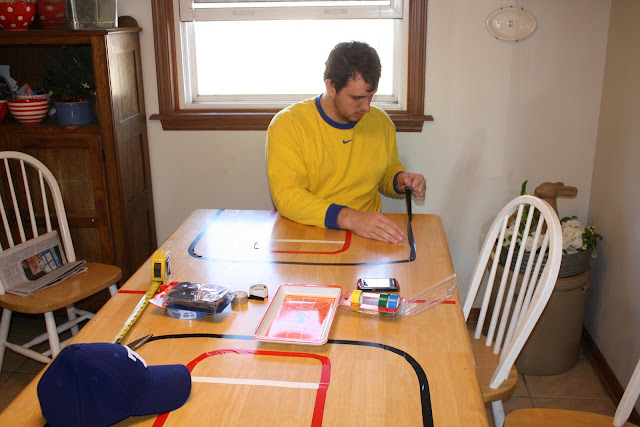 The court is almost finished, but he still has other plans. 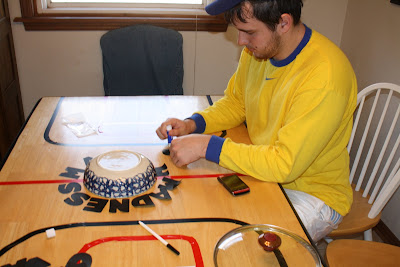 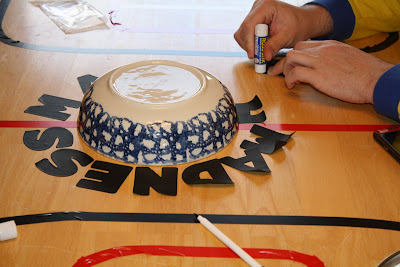 I'm pretty sure (????) that the glue stick residue will be removable! 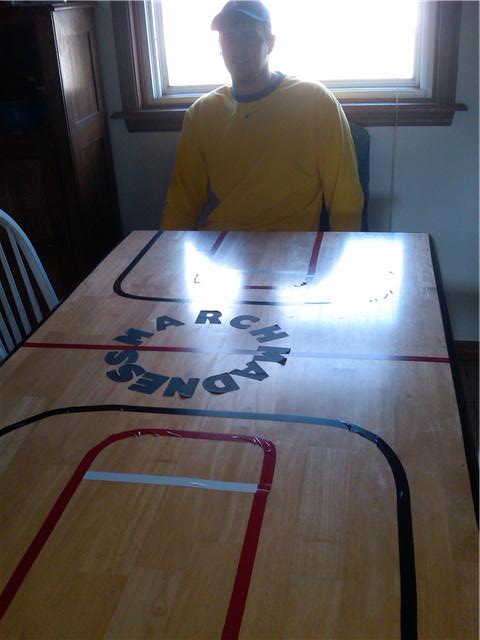 And then we had our own basketball court.  Right in the middle of our kitchen. 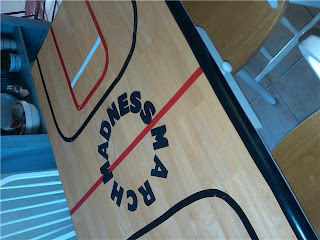 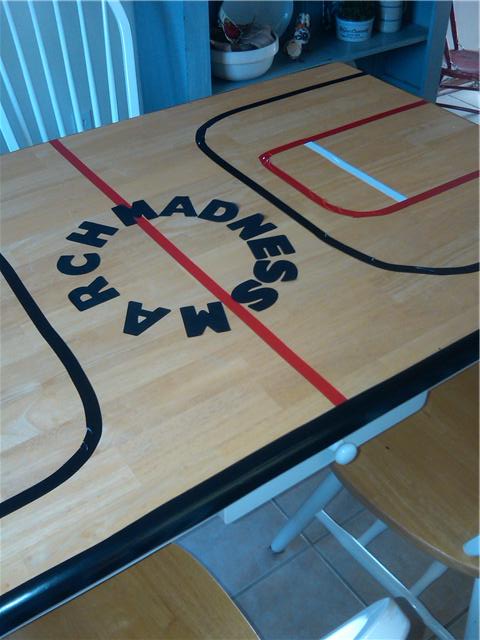 Our 'court' even has a black border all the way around. The perfect table to host a few "March Madness" Marathon basketball afternoons.  In fact it is SO good, that I plan to use it for my Tablescape Thursday. Stay tuned for that.

In the meantime, we'll just be enjoying our own March Madness basketball court in the middle of the kitchen, thanks to Luke!