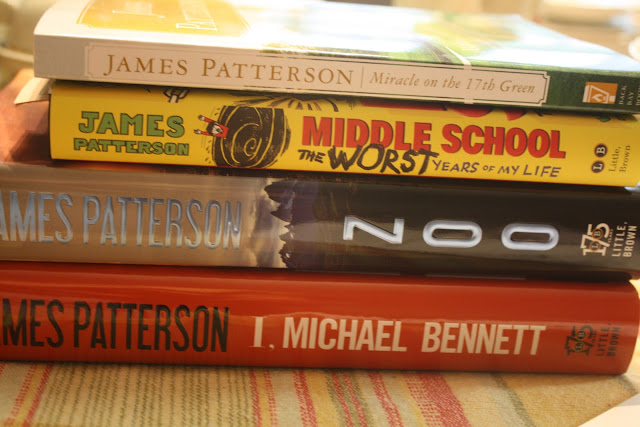 You can only imagine that it took me a nano-second to say "YES!!!"  The dinner was a fundraiser for the Oklahoma State University library. When we first walked in there was a big display where one could purchase books. It just so happened that the week of our dinner was also the week that his two latest books had come out. He also had some of his children's books there for sale, as well as some of his more "romantic books."  Awwww. It was wonderful! 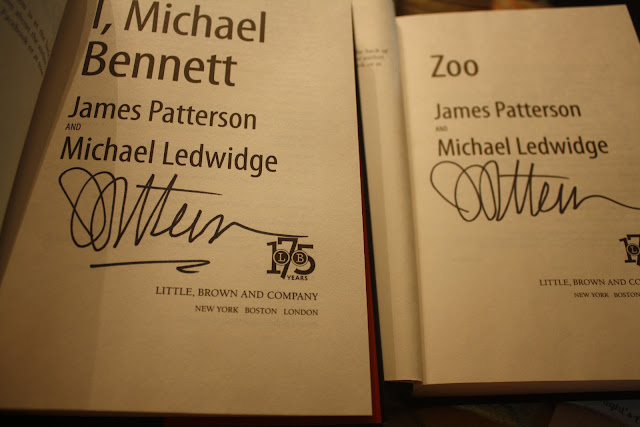 My friend that had invited me, is an alum of OSU. (I love the University of Oklahoma, but I am old enough to know if someone is gifting me with a great present, then to certainly use my manners and not mention my University---As they are huge rivals). Like my family is for OU, her family is for OSU.  Her brother is on the Board of Directors for OSU. He is also a prominent doctor in the state and he had purchased a table for the dinner. Our table was front and center, right below where James Patterson gave his speech. Not only was our table unbelievable, but my friend's brother had also gifted us with the latest novels that had just come out...AND they were autographed and waiting for us at our table. 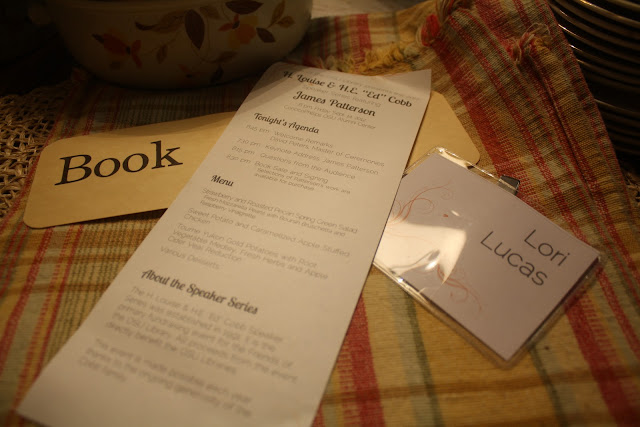 We also got "private time" with Mr. Patterson, where we could "chat" with him, and have any books we purchased when we first came in signed as well. I was in author-heaven. 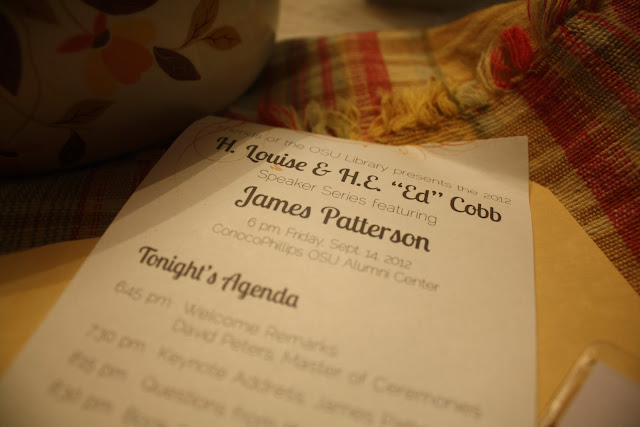 Mr. Patterson was extremely friendly and humorous as well. He told us his favorite book (as of right now) are the Junior High series he wrote for his young son. I bought those for my nephew, so when I heard those were Mr. Patterson's favorites, I knew I had scored! 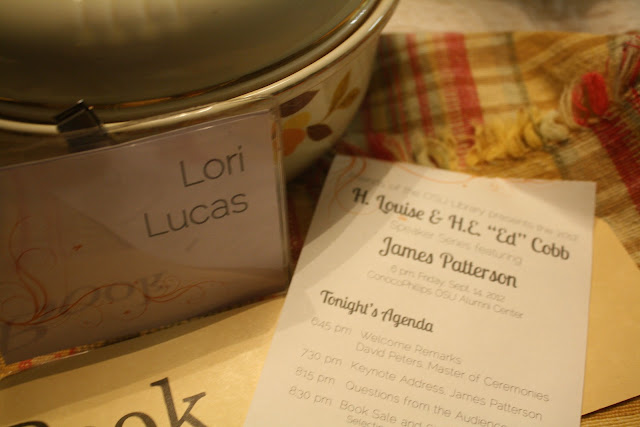 He told us that at any time he could have up to seven (7!!!!!!) manuscripts going at one time. He lines them up on his desk and makes sure he writes every single day. Someone asked him how he could keep seven books straight and he acted like it was absolutely no big deal. WOW!!
He also said several times how utterly important it is to get kids to read. (Amen to that!!) 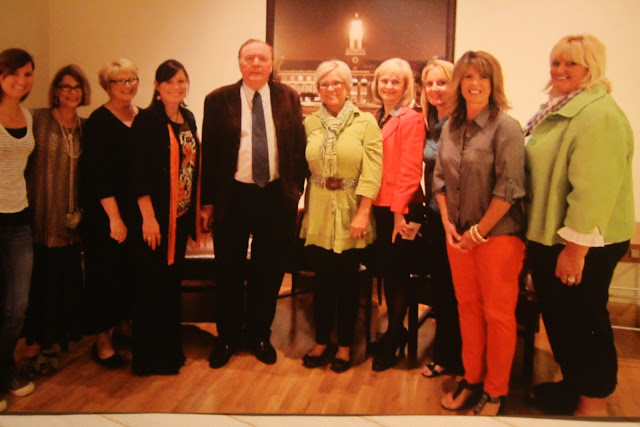 Believe it or not, I did not take my camera. I was not sure of the "rules", so I did not want to lug it around, if it was not allowed. The picture above and below were part of the "party pics" that were taken of our group. My friend is in the orange slacks next to me. Her sister-in-law is in the green next to Mr. Patterson. It was her husband that gave all of us this very generous gift. 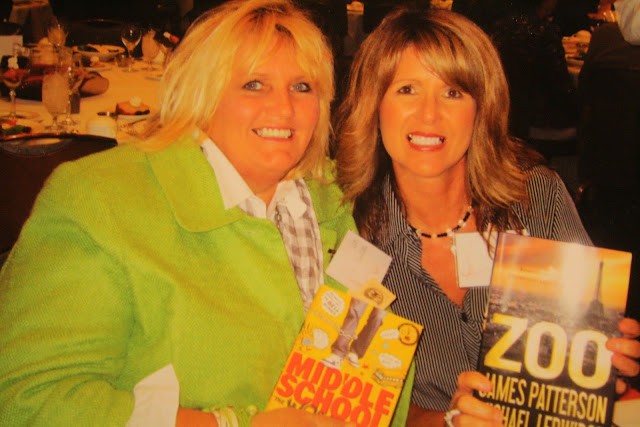 It was such a fun night. It was great to hear an accomplished, well-known writer give his story about how he became a writer.  What I loved best is that he said over and over again..."We all have a story to tell."
Hmmmm.....Well we all know I have "a big story to tell!"  Mr. James Patterson and I have something in common!
Linked to:
Wow Us Wednesday