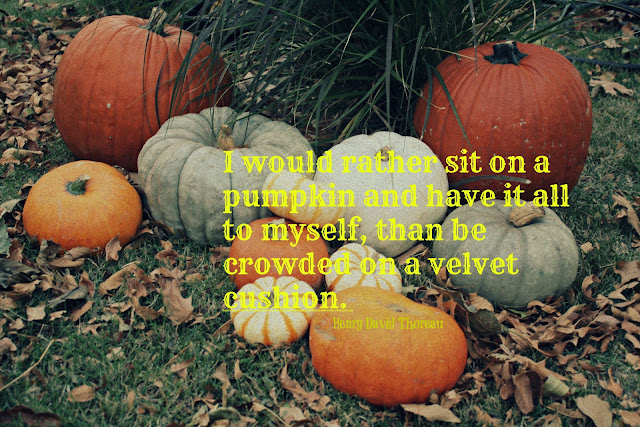 I love teaching Thoreau and Emerson. They are so full of knowledge. They were forward-thinking and practical. They were simple men that believed there was inherent goodness in both man and nature. I find it funny that they also believed that political parties could corrupt an individual (Ha! See what I mean about forward-thinking?) Of course they also believed that about organized religion. ( I personally think organized religion is good, it is some people in it that make some bad....Just so you know!)  I think this quote is about individuality. It is about being yourself, being unique, and not following the crowd. It is for those brave enough to want the simple things in live and not follow the crowd that just wants, wants, wants. That is my interpretation of it. But, as I tell my students each day, you are welcome to your own interpretation when it comes to literature (just so you can back it up!).  AND, even more importantly, guess who was sitting on a pumpkin at her Gi-Gi's house this week?  It would be none other than my sweet little Leightyn!  She is 7 months old and cannot stand on her own, but let her sit on a pumpkin and she is happy as can be. Of course the pumpkin cookie probably helped too. Have a great week! 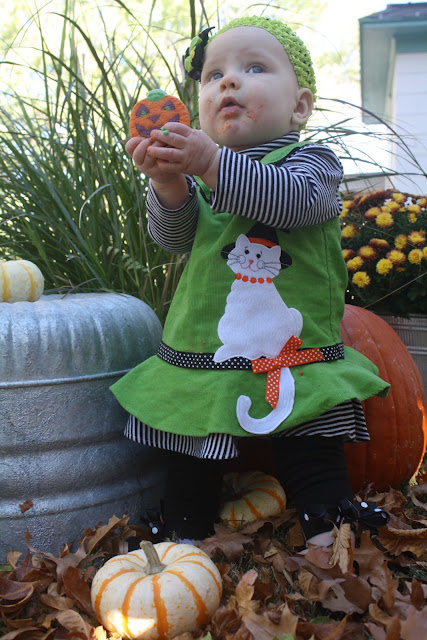