We Interrupt This Football Game to bring you...LIGHTS!

I got a pair of new lamps this weekend. 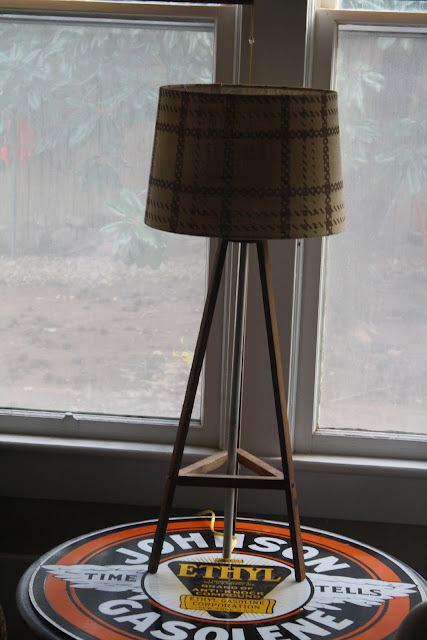 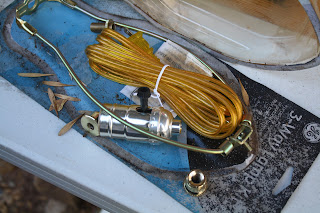 Obviously, there are no edited photos in this post! Can you tell by the packaging above that I really did have all the pieces to make these lamps for a long time? We used a lamp kit for each of our lamps. The only thing I did that I did not get pictures of, was to spray paint all that gold a deep bronze. It ended up that it did not matter, as I did not use the harp and you can't see the other pieces. 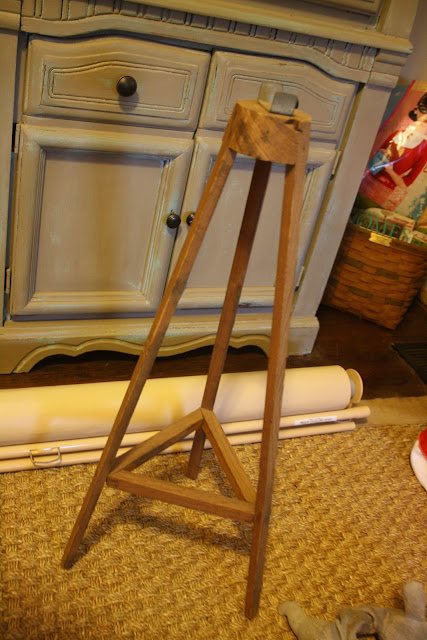 About a year ago, I bought two of the tripods above from my favorite picker Renee. She had four of them, and she said they were part of a quilt making table(?)/thingy. That clears everything up, huh? Anyway, I wanted a tripod lamp and never broke down and bought one. I love the "quilt table thingy's" that Renee had in her booth and I instantly saw "tripod lamps". ...Then a year later that "instantly" turned in to two lamps! ha!
Anyway, I bought two of the "thingys" for under $20 each. 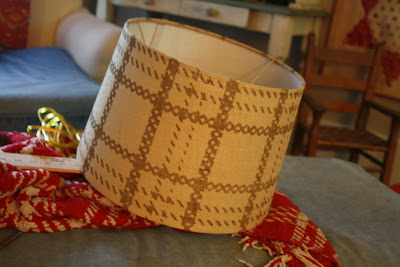 After I found the "quilt table thingys" I found these lampshades on clearance at Target for $9. Do NOT run out to Target trying to find some for yourself. I had these for over a year as well. Yes, I move quickly on projects! 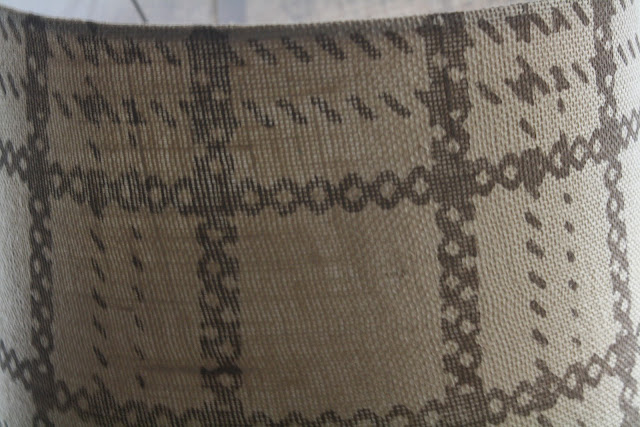 This picture is a more true picture of the color of the lampshades.
They are very cute. How did they never sell at Target? 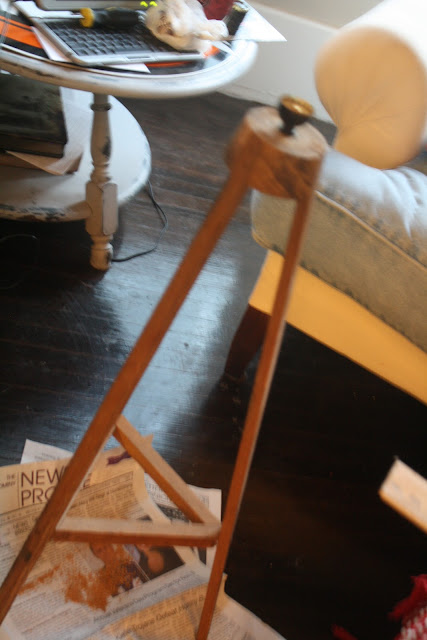 During the middle of one-of-the-thousand-weekend-football-games that were on, my Hubs drilled the holes for the make-it-yourself-lamps. Seriously, it took all of 30 minutes at the MOST to make these TWO lamps. It only took that long, because he had to drill the holes during commercial breaks! True story. 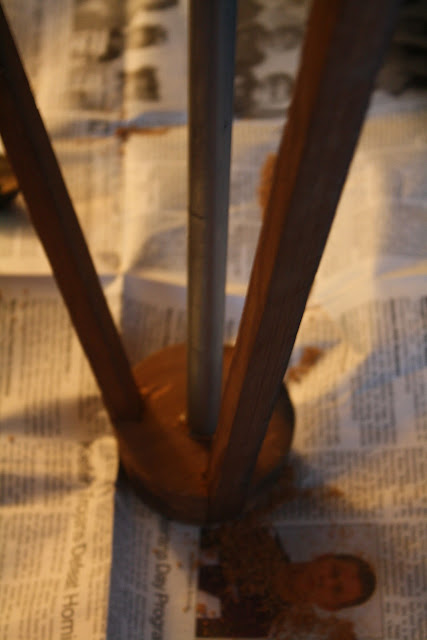 THEN because I did not want a (stupid) cord hanging down the middle of the tripod (like most have), I bought a cheapo galvanized pipe at Lowe's. I got it in the electrical section and it was less than $2 for a long piece. (During a commercial) my Hubs cut the galvanized pipe in to the two sections I had marked off. (I can work during the game and it does not affect me.) He then drilled a shallow counter-sink hole for the top of the galvanized pipe to fit into the "quilt thingy". To be safe, I put a little 6000 glue on the end of the pipe. 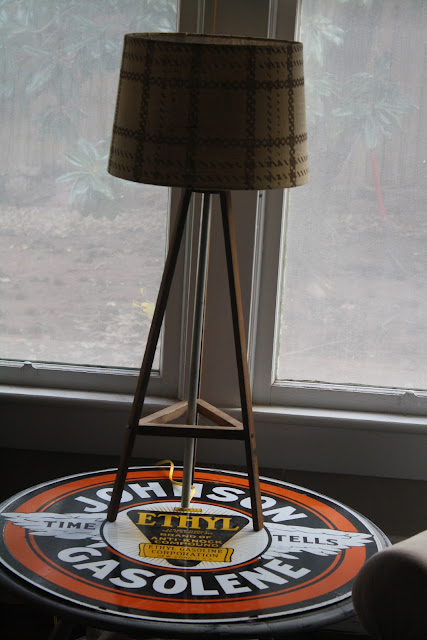 We then put the electrical cord through the pipe that sits in the middle of the tripod thingy. Not only does the pipe hide the cord, but it also brings more of an industrial look to the new lamps. 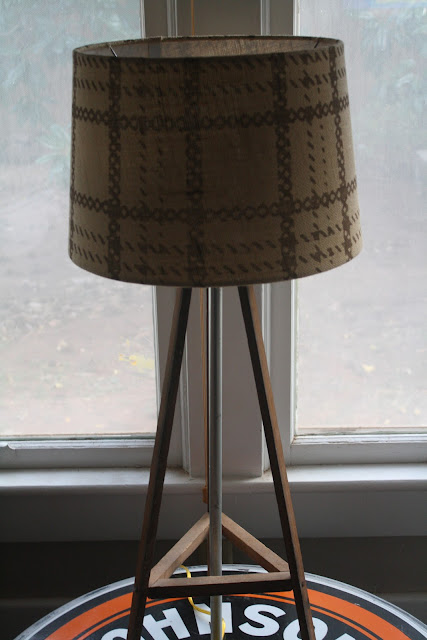 The cord is barely visible as it comes out the bottom of the pipe. 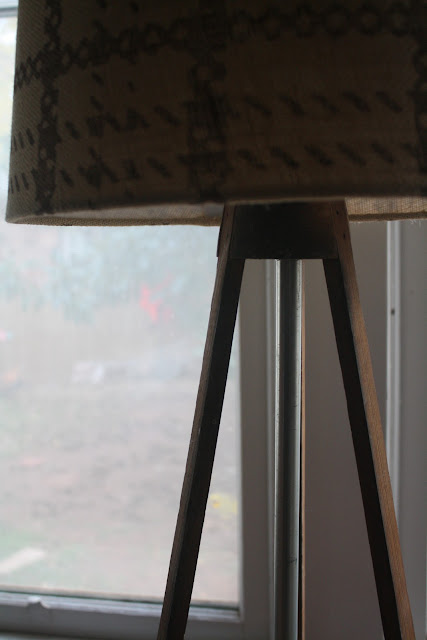 I love how the houdstooth burlap lampshade looks with the wood tripod and metal leg. 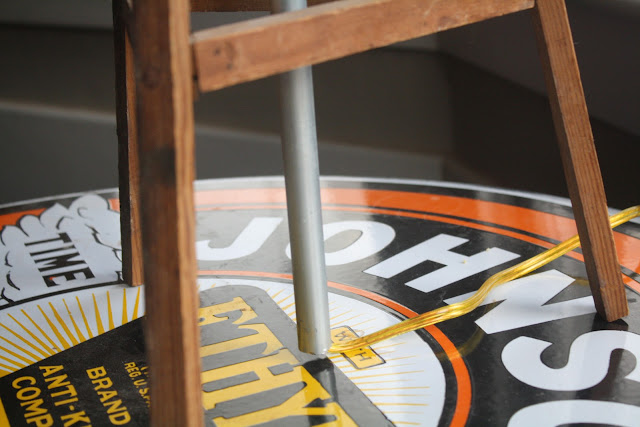 So for less than $55 dollars, I have two new nice-size lamps. 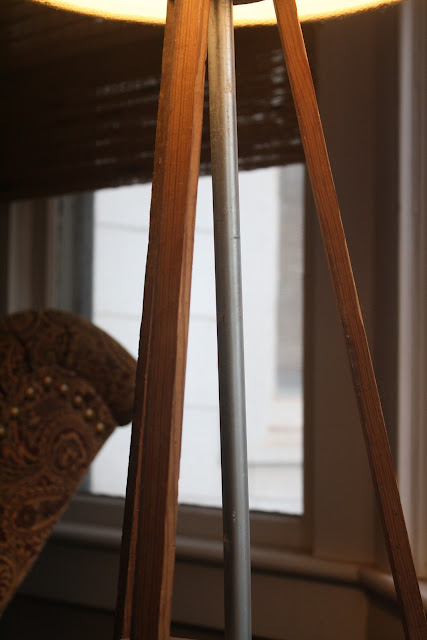 We bought the 3-way light kit, so the lights can be soft or put off lots of light for reading. I could not be happier with our creation. I am just wondering what took so long to do this???? 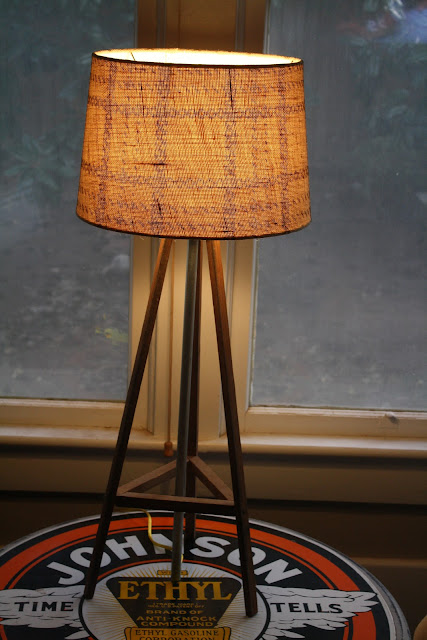