On The Road Again--Tell All Tuesday

Ten years. Ten years and counting.
Ten years and two and a half months to be exact.
It's not like I'm keeping track or anything....
But for ten years (and counting) I have been commuting to work.
And when I say "commute" I truly mean "commute"...not a spin or a jog or a whirl, but a full-fledged commute. 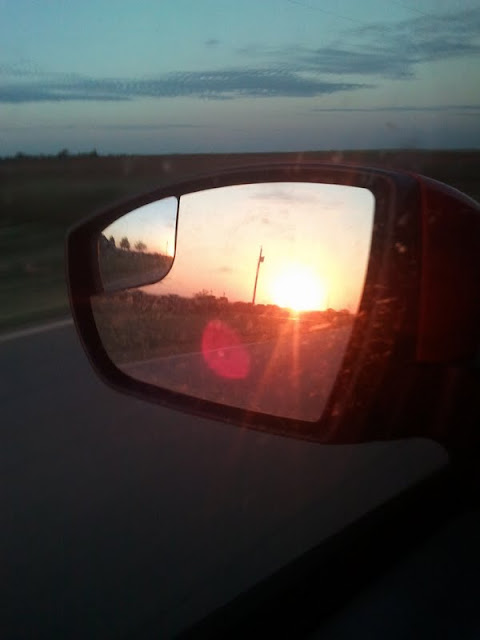 When I lived in Kansas I commuted for six years. Six years of commuting in northeast Kansas can add years to your life.  NOT life to your years.  Oh my word the weather.
My commute was 114 miles per day.
That is 600 miles per week.
That is 2400 miles per month.
That equals 21,600 miles per year
(I'm a teacher and everyone knows we only work half the time!).
Over the six years I commuted on that long jaunt, that would add up to 129,600 miles of commuting.
I drove through it all and saw it all.
Sometimes when I was driving home through the
ice or snow
I would cry.
And vow never to do it again.
Till the next day......ha!
Not only did I commute all the time, but I still had children in high school myself and I went to every extra-curricular event they were in. Many times I would get home in time to pick up my husband and go from the driver's seat to the passenger seat. It was brutal.
On the upside, because I still had children at home, who were always bringing more children to my home, and because I went to
14 million ballgames, sometimes the peace and tranquility of that long commute each way was the only quiet time I enjoyed the entire day.
I came up with a LOT of great teaching ideas on those long commutes.
My employer was remarkable about my drive. They always understood if I had to go slower than anticipated because of the weather ...which would therefore make me late to school. They always let me go home if horrible storms were rolling in.
At times I thought every highway patrolman in two counties knew me by name......
Let me just say, if you Google up my commute it says it should take  1 hour and 3 minutes. It usually took me 50 minutes. I have been known to get there under 45 minutes....if I wasn't visiting with my friends the patrolmen!
When we lived in Kansas, my husband worked at a community college that was about 20 minutes from our home. Our move to Oklahoma took us both to the same school district. So for the past 4 years ( and 2 1/2 months, but who's counting?) the Hubs and I have ridden to work together. In that 4 (plus) years I have probably driven the commute 10 times. The Hubs said I whined so much in Kansas that he will never let me drive! I always remind him I did not whine about the commute, only the weather I had to commute in! (For real.)

Our commute in Oklahoma is shorter than the Kansas commute....by 10 miles.
We commute 100 miles per day in Oklahoma.
Which brings that up to 500 miles per week.
And 2000 miles per month.
And 18000 per year....
Which brings us to 72,000 miles in four years.
I won't even bring up that extra 2 1/2 months (and counting) that I keep bringing up.
My husband tends to follow the speed limit, therefore we have not made friends with the local highway patrol
like I did in Kansas.
Commuting with the Hubs is totally different than
commuting on my own.
He has total control of the radio.
He decides what time we leave...and come home.
Sometimes I get tired (as in sleepy) because I don't have to
have my mind alert since I am not driving.
I still think of great teaching ideas...and I share them with the Hubs. He is thrilled.
We talk about our day at school.
We don't have to go as many places at night now since the
children are grown.
The Hubs thinks I am bossy. (What?  Me???)
But come mid-May, I get to stay home till the first of August,
while the Hubs has to commute the entire year. He does not get summers off. I have not even dared to ask him how the commute is without me! (I probably don't want to know the answer!) 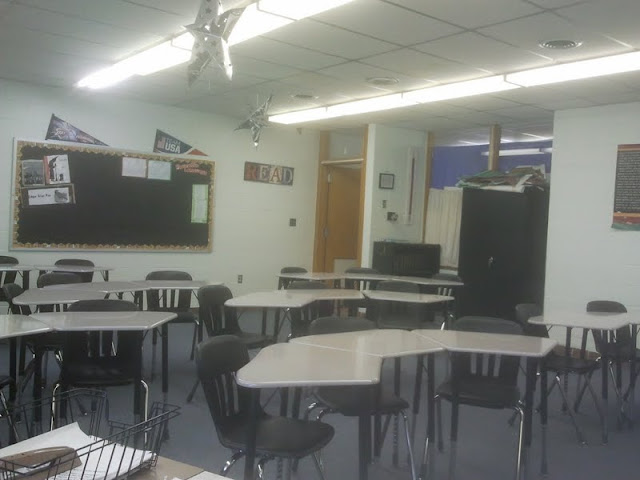 I can definitely tell a difference in myself as a commuter from 10 (plus) years ago till now.
It is hard to admit the getting older part!
But as I get older, it does wear me out sometimes....all that driving.
Then I thought I would use my (unbelievably fantastic) math skills. (That's a joke.)
If I've commuted for 10 hours per week (and 10 hours is the least amount possible)...
that makes it 40 hours per month. Times that by 9 months per year...Times the 360 hours by 10 years  (I'm not counting the extra 2 1/2 months) ....that means I have spent over
3, 600 hours of my life commuting.
Good golly Miss Molly.
That means I have spent more than half a year (hour wise) commuting....
No wonder I come home exhausted!
I'm wearing myself out!
Hey...I didn't even bring up how many tires I've gone through!
(I do often wonder if the state of Kansas misses the extra revenue they were getting from me!)
That was actually a tell-a lot- Tuesday!
Now 'ya know!