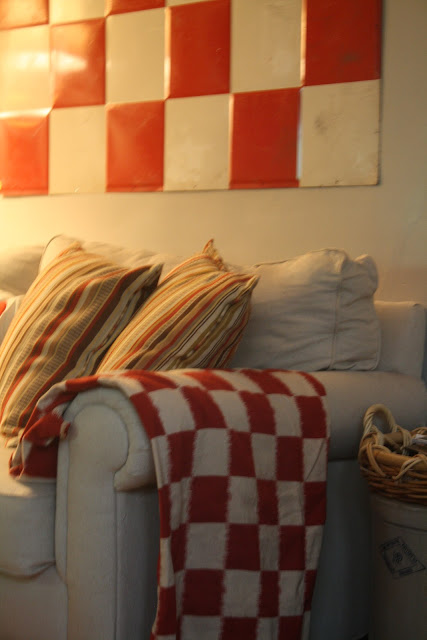 There is an architectural salvage store in OKC that I have been trying to get to for months. I went there in January after seeing pictures of some of the merchandise online. One of the pictures I had seen was of a big checker board sign. The sign was behind a LOT of stuff, but I still picked it out in the photograph. 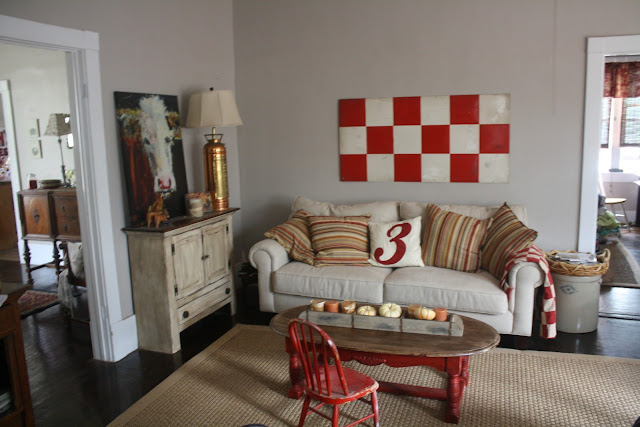 So my Hubs took me to the store in January, we get there and it is closed. Dang. The sign said they were going to have an auction to get rid of some of their stuff. So I left disappointed. (The auction was scheduled on a day I would be at work.) 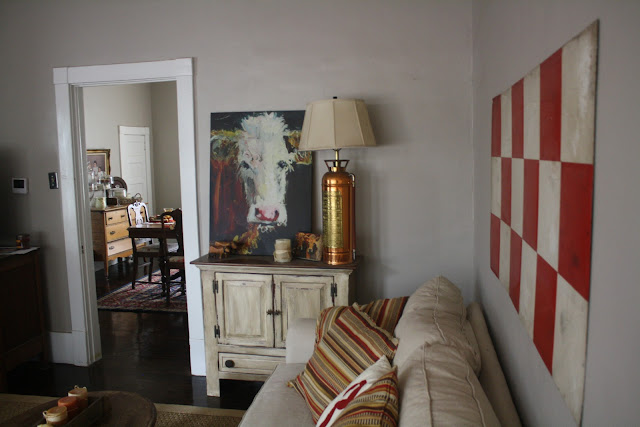 Then towards the end of summer I started noticing that the shop was advertising again and once again showing all kinds of great old things. I did not see the checkered sign, but I did see lots of things I would love. 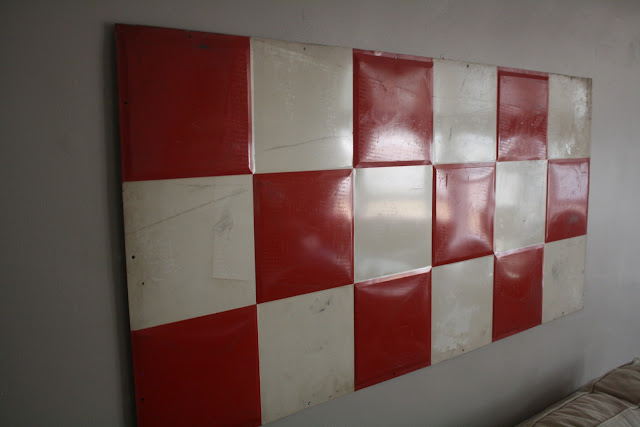 Then yesterday out of the blue, the Hubs decided we should go and check out the shop again. It is only about 30 minutes away, so it's not like it's a long jaunt. This time the place was open. Oh my gosh they have wonderful things. I could have spent thousands. Literally. The place, while wonderful, was also very pricey. Everything I loved was in the (high) hundreds. Or thousands. We were looking at old doors and even those were in the high hundreds. 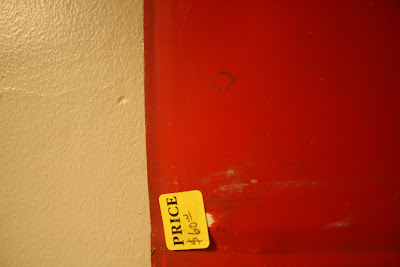 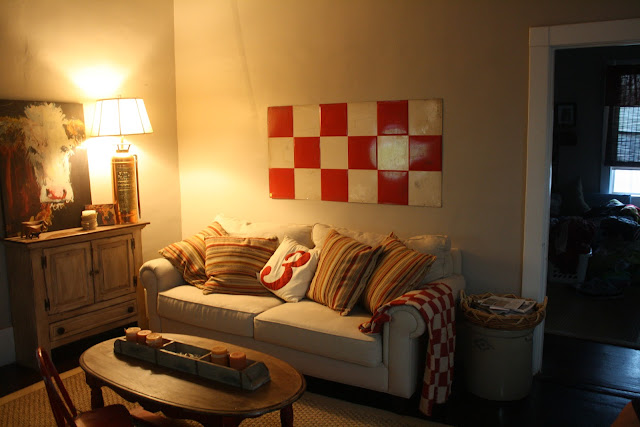 It was fun looking at everything...and dreaming....but we "checked" out with only our big heavy piece of checked tin. My husband said (at least a dozen times), "I can't believe you are paying $60 for a piece of tin."
On the other hand I was doing the happy dance that "the piece of tin" was ONLY  $60!! 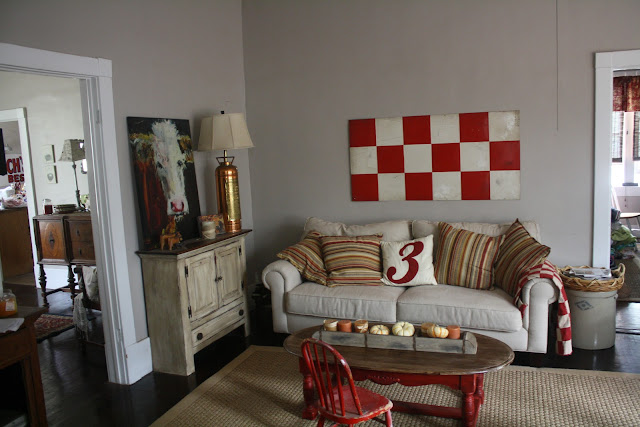 When I "checked" out the man that owns the place told me he had a dozen of those tins and that was the last one. Oh my lucky day! I came home and put it immediately up on the blank wall behind the couch in the den. I know what I want there permanently, but have not found it yet. So in the meantime, the Purina feed store will be in my den. It will eventually end up in my kitchen. Probably. Maybe. Right now I'm just hoping my "$60 piece of (Purina feeds) tin does not make that giant cow get hungry!
Linking with:
Metamorphosis Monday
Wow Us Wednesday
Open House Party
Tutorials, Tips and Tidbits