How I Found My Dream Man 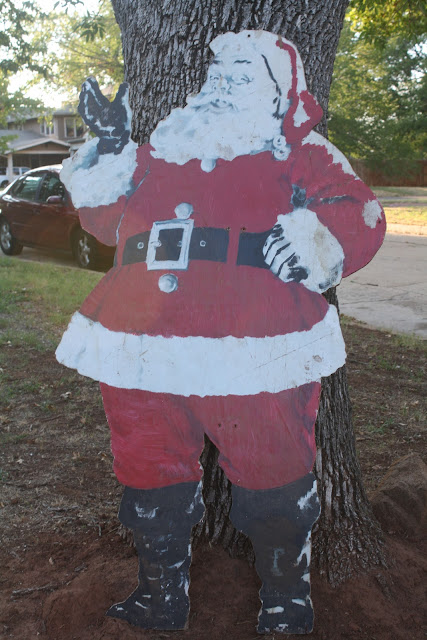 HoHoHo!
I found the
Man of My Dreams
this week!
And he only cost me $10! 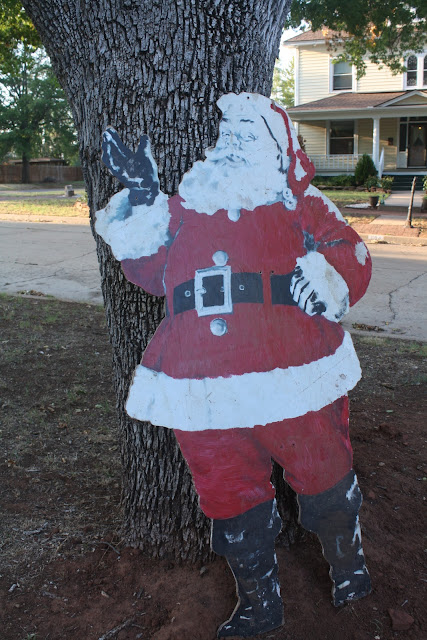 No, I am not rushing
the season.
I just put
My Guy
outside by the tree
to take his picture.
Believe me, the neighbors stared.
I could just hear the
Party Line...
"Thelma...you know that Big Blonde
that moved down the street???
Well she has Santa out already...
and she is taking pictures of him!"
"Look out your window and see for yourself!!" 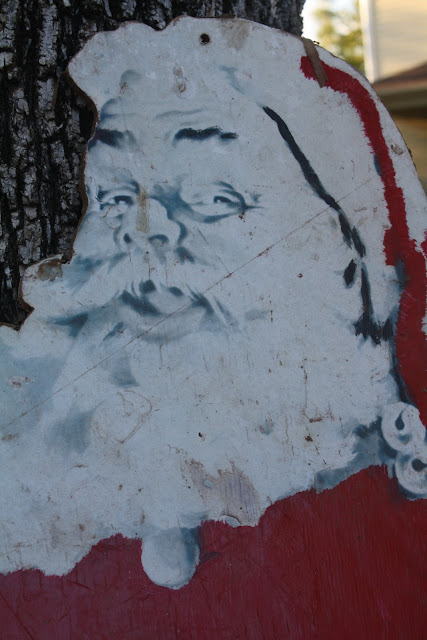 He is in very good condition....
Except he could use a little sponge bath.
I sure won't mind giving My Dream Man
his sponge bath.
After I took his (many) pictures, I
put him back up in the garage.
Just ask the neighbors! ha! 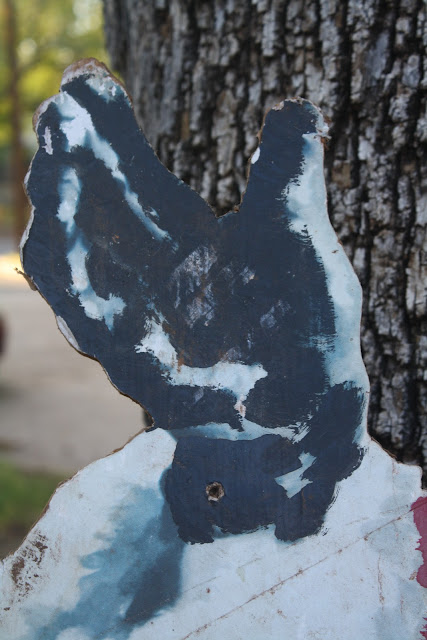 Let me tell you a little about
My Guy
(before you hear the neighbor's version!)
Very close to the school where I teach
is a house that is no longer
lived in.
The people that moved out left a lot of junk
in their garage...(and did not shut the door).
I could see the silhouette of My Dream Guy every single day
when I drove to school.
I do not live in the town I teach in,
but my friend The Picker
(the one who scored all the cool 5's for me)
does. I told her about My Dream Man
standing alone in the horrible garage.....
just waiting for someone to help him get out
of there! (He even had his back to passerby,
so all you could see was the plywood side.)
My friend The Picker
knew the woman that had lived there and told me
she would ask her about buying it.
(Yes, I did consider just "taking" it one night
after work (in the dark), but really....
could a person really steal Santa????) 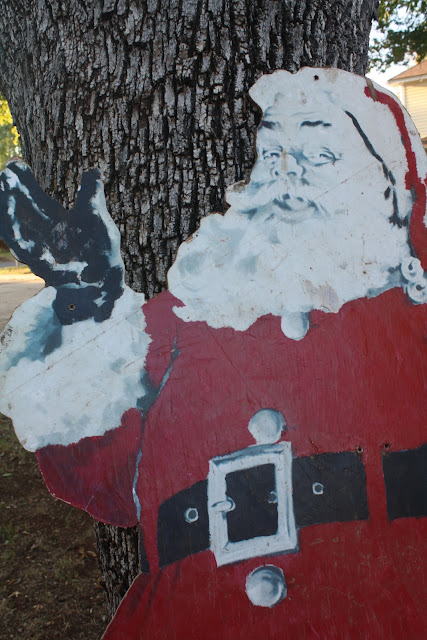 Then last week my friend,
The Picker, saw My Dream Guy's owner while
they were in the (smalltown) grocery store.
She immediately asked her about My Guy Santa.
The woman said she no longer lived there and
The Picker was welcome to just go over and get him.
The Picker insisted on paying her something for him and
offered her $10. The woman said that would be great.
So my (what a great friend) The Picker
abandon her grocery cart right then
( she told the store people she would be back as she parked the cart in a corner)
and drove right over to
save Santa.
Then she drove straight to the school
and brought him to me.
She and I both had a very Merry Christmas moment
right then and there! 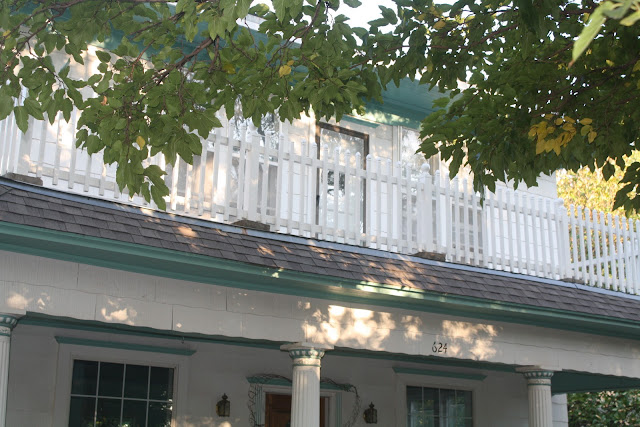 When it really is time for
Mr. Claus
to come out of the garage for a while,
I plan on putting him
on the big balcony that runs the
length of the front.
That door opens to the
master bedroom
and I can keep an eye on him up there.
(That is the same balcony I got stuck on in June.)﻿ 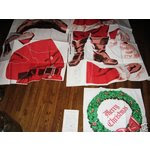 Now that you know how I found my
Dream Man
for $10,
let me give you some background info on him.
Growing up, we had one very similar to him.
Santa is lifesize and made out of plywood.
We also had a sleigh with ours....
and several reindeer that were "glued" to the plywood
but my dad never got around to cutting them out.
I remembered them forever, and have no idea what
finally happened to them.
I knew if I ever found one I would try to get one.
(Some childhood memories are meant to be lived over!)

Well the Santa I got this week is not exactly like the
one I had growing up, but
I am still thrilled.
I decided to look to see if I could find any info on these
plywood Santas.
As you can tell, it is like a giant drawing of Santa
that has been 'glued' to plywood and cut out.
I did find some info about the Santas but I
could not find any for sale.
According to the info I found,
Douglas Fir Plywood Association gave
the set away in 1956. It was a promotion to help them
sell more plywood.
There is a Santa, a sleigh, the reindeer (seems like we had four of those), and a giant wreath.  All are on the paper that you glue to the plywood and then cut around.
I found two on Ebay that had been recently sold.
They are very hohohotastic!
The pattern above is the one I had growing up. The Santa I bought this week is slightly different, so perhaps it is a
promotion from a different year.
It doesn't matter to me tho, because
My Dream Guy
has come to live at my house....
(and will soon be outside my door!)
I am linking up with Thrifty Treasures from Miss Rhoda.﻿ And with Wow Us Wednesday at Kim's.
Also look at the Open House Party at No Minimalist Here.