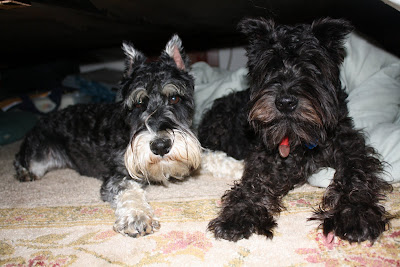 It started innocently enough.  We had a salt and pepper schnauzer for 15 years while my children were growing up.  We loved Howard as a member of our family.  He was a loyal dog from the first day we got him as a six week old puppy.  Howard liked to be anywhere the family was.  He was tough as nails in endurance and soft as a cottonball in heart.  A couple of times the children even "camped out" in the backyard on the trampoline and Howard sat up the entire night keeping guard.  He never slept.  He would sleep the next day after the children were 'safe' again.  We named Howard after my grandfather that had died that year.  It was a perfect name for him.  When Howie died at 15 we were all devastated.  There was a hole in our hearts as well as our home.  By then, three of the children were off to college and the other two were soon to follow. I vowed I would never have another dog, so that I would not have to endure the grief when they died.  Forget all the joy that Howie had brought, I did NOT want to feel the sadness again.
Then about a year and a half later, on Mother's Day, the kids gave me Eisenhower.  He was a black and white schnauzer.  He was from the same breeder where we had bought Howard, so he was a distant relative of Howard.  He was enough like Howard to make me fall in love all over again, but enough different so that we were not replacing Howie.  AND, he melted my heart.  I had sworn I would not like another dog ...EVER....AGAIN.  Well, it took about five one minute for me to love the new black and white puppy.  Then came The Name.  Naming dogs after people can be kind of touchy.  Not everyone sees it as a compliment.  We went through our list of relatives that would also be cool dog names.  None of them seemed to fit.  Teddy, Tommy, Rufus, Roscoe, Joe John, none of them seemed to fit.  The poor puppy went unnamed for several days. 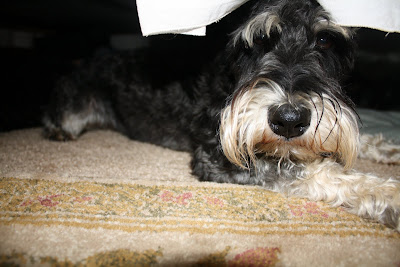 We knew we were leaving Kansas after living there for 17 years and heading back to Oklahoma. 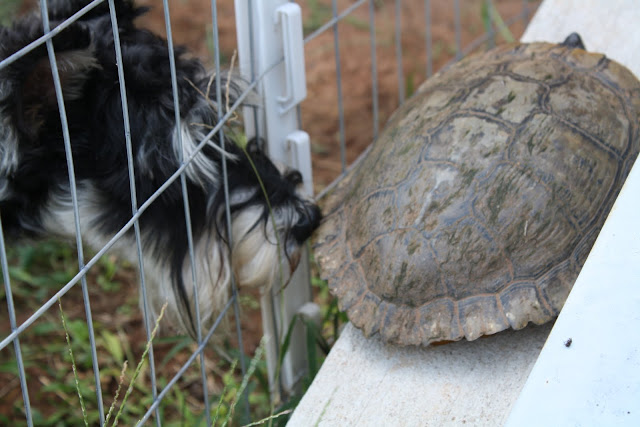 We tried to think of names that had to do with Kansas. Amelia (cute if he was a girl), Jayhawk (not hardly for this Sooner family), Hiawatha (too much).  Finally it hit us!!!!!!  EISENHOWER.... The favorite son of Kansas.  And, not only that, my grandfather (no, not Howard but my other grandfather), had been Eisenhower's campaign manager during Eisenhower's run for the presidency. It seemed a perfect name. 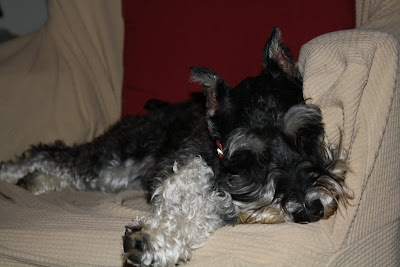 We tried it out...Eisenhower....Eisenhower....It seemed to be perfect.  And like any great name, his nickname is even better.  Of course, it is Ike.  I like Ike.  I LOVE Ike.  Ike is a little sweetheart and completely spoiled. He is independent to a fault.  He is stubborn.  He waits on us to get home.  Literally.  Since the day we got him, he waits by the window or the door for us to get home. He seems to sense or know the time of day that we usually get home, and he is there waiting.  Always. We love Ike. 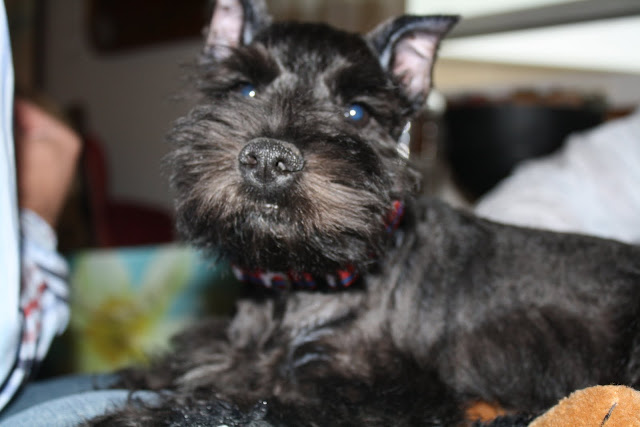 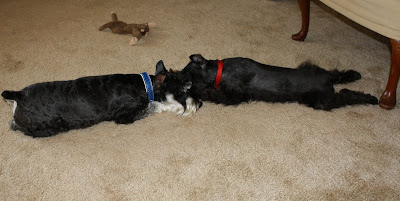 It took Ike about five one minute for him to consider the new puppy his best friend.  Then, once again, what about the name.......????!!!!!  I had long said if I ever got another dog I would name a male dog Truman.  Ike and Truman.  Really, what could be more perfect.  AND, that same grandfather that was Eisenhower's campaign manager....well he was also a third cousin of Truman. As in Harry S.  ....As in President Harry S. Truman.  So it was decided (by me) that Ike and Truman would be the perfect duo. 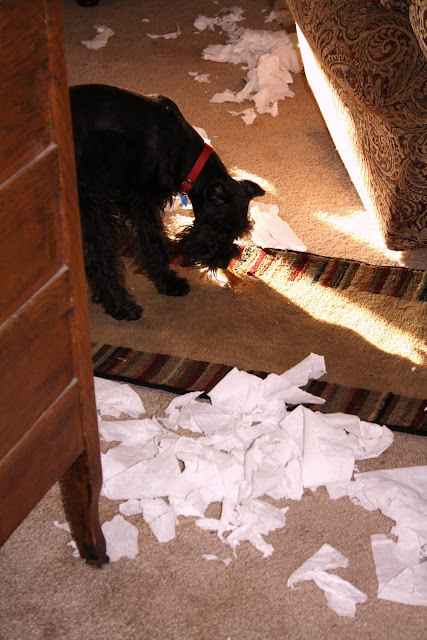 My children though, had other ideas.  While they loved the name Truman, they kept focusing on the fact that the new black puppy was born on February 12th.  Which is, coincidentally, the birthday of Abraham Lincoln.  They thought for sure he should be Abraham. 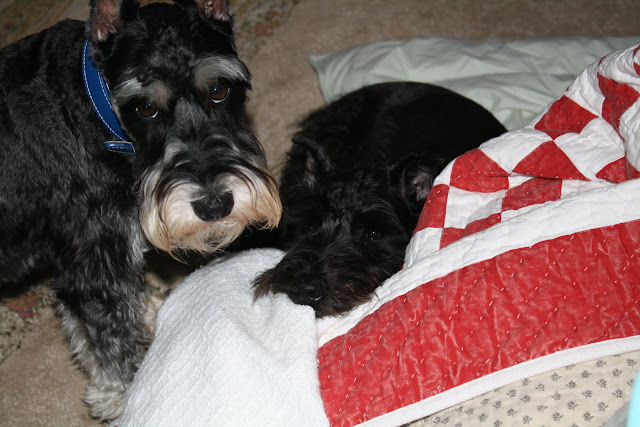 And, they thought, just as Eisenhower was Ike, Abraham could be Abe.  Ike and Abe. Abe and Ike.  They go together. 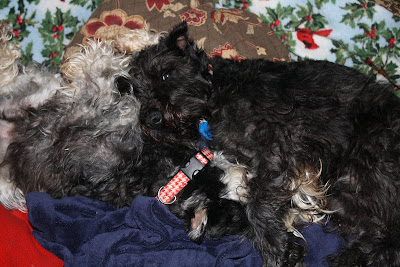 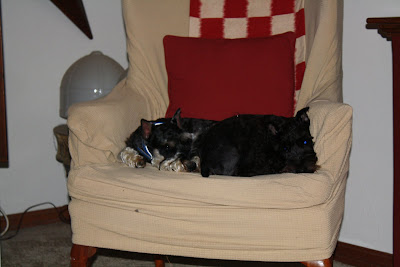 Slowly, I decided that Ike and Abe, Abe and Ike sounded pretty cute.  Not only did the names sound cute,  but I think they are cute. They are best little buddies.  Whatever Ike does, Abe does.  Ike takes care of his buddy. My kids were right!!  Ike needed a friend for his long days home alone.  Now he has Abe.  And that is how I got two presidents at my house!
Happy President's Day!!!!!!!!!!!!!!!!!!!!