Do you want to know something funny?
I don't like pumpkin. Neither does my mom.
As in pumpkin anything.
But we both love to cook pumpkin everything! 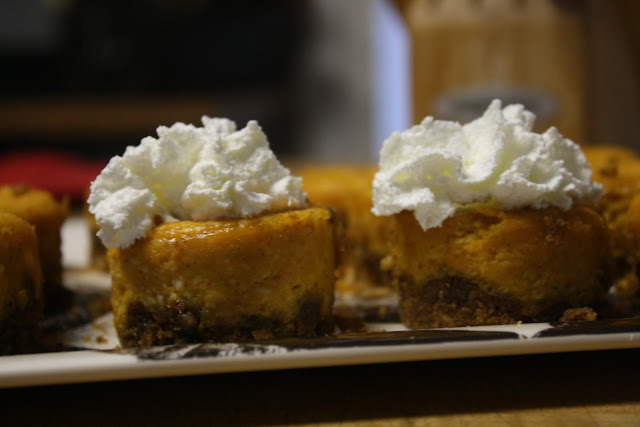 Our families love pumpkin (everything), so we are more than happy to oblige their taste buds.
Especially in the fall when the weather is cooler and the smell of (anything) pumpkin is just heavenly as it cooks. 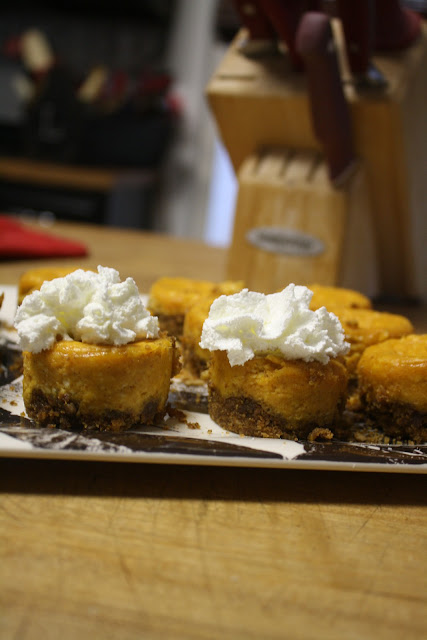 One of my favorite things to make each year is mini-pumpkin cheesecakes...with gingersnap crust. I have posted this recipe before, but it is one worth repeating. (According to the taste-test-experts that eat my cooking.) 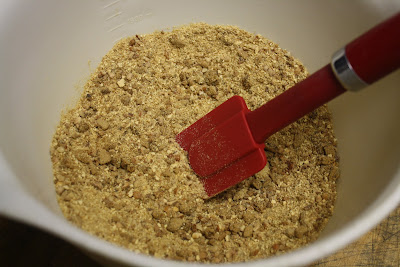 It starts with a crust made of crushed gingersnaps and graham crackers. I always throw in a pinch of cinnamon as well. (The entire recipe is below.) 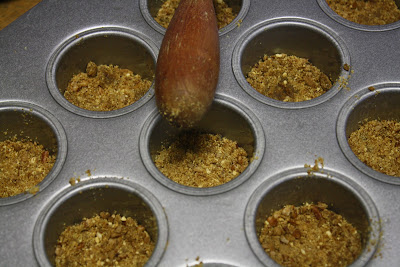 I use the end of a potato peeler to pack in the crust. I use one of those mini-cheesecake pans where the bottoms pop out. I ordered mine online. In fact I have two of them and they are so easy to use and worth the  (small) investment.  Funny story: TWICE my husband has thrown away the silver cylinders that go in the bottom of the pans. He always forgets what they are and thinks they are some kind of washer or disc. TWICE I have rescued them from their trashy fate. (And the Hubs is the one that LOVES cheesecakes!) 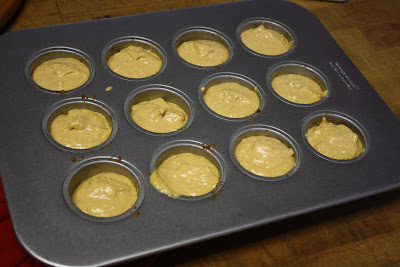 I use an ice-cream scoop to put the same amount of filling in each spot. I know I did not take a picture of that, but believe me, that is what I do! 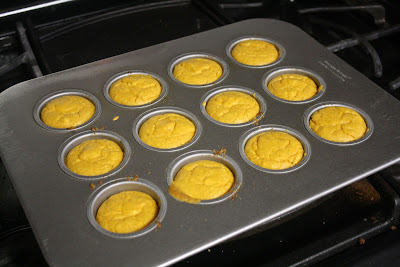 This is right after they came out of the oven. They do fall back a little after they cool, but that is expected. Don't let it scare you. 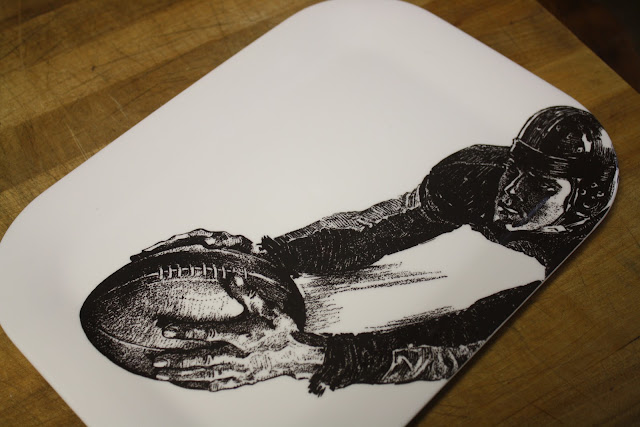 I made the pumpkin treats one day during a football Saturday and I put the mini-cheesecakes on this cute platter. I just thought I would show it off before it was filled with pumpkin cheesecakes. 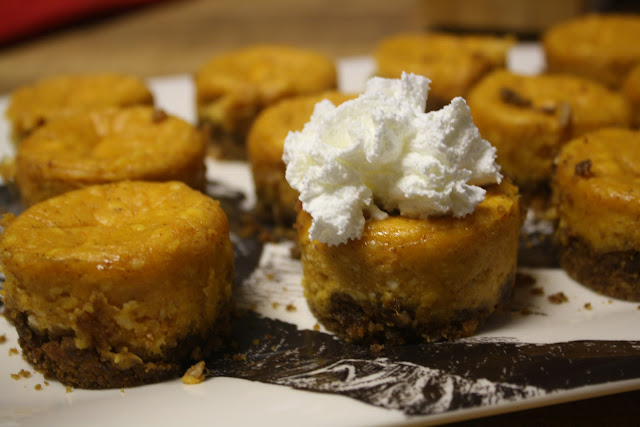 How cute are these little bite-size cheesecakes? 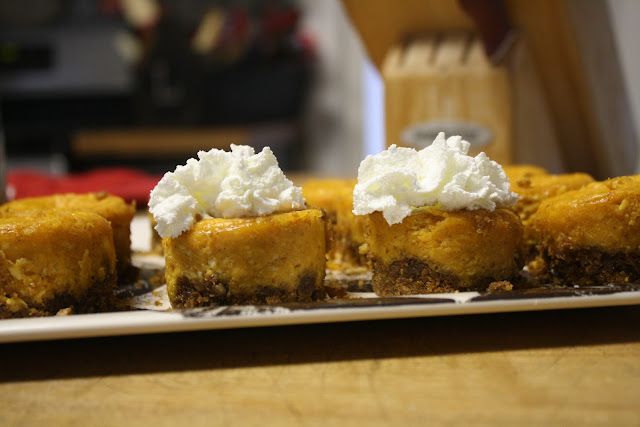 With the cheesecake pan, they are so easy to do. It would be fun to make an assortment of mini-cheesecakes for a party....Or Thanksgiving! 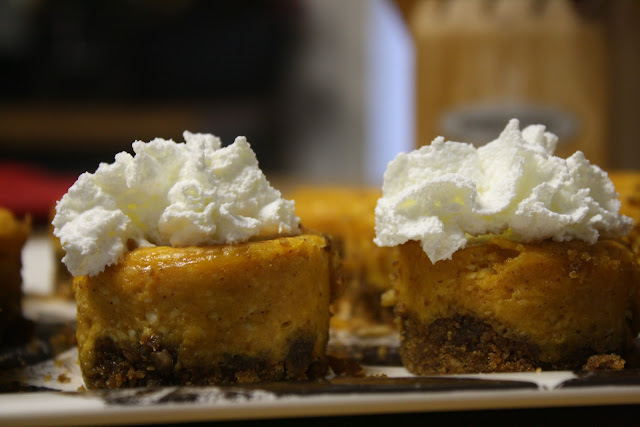 I like to pipe my cool whip on the top, just to add to the cuteness factor.

DIRECTIONS:1. Preheat oven to 350 degrees. Lightly grease a mini cheesecake pan with baking spray. Set aside.2. In the bowl of a food processor, grind all ingredients for crust, except for the melted butter. The mixture should resemble slightly coarse crumbs. Remove mixture and pour melted butter over. Mix until crumbs are wet. Press into the bottom of each hole. Place in oven and bake for 10 minutes.3. While crust is baking prepare filling beating together cream cheese, sugar and pumpkin puree until smooth. Add spices, vanilla, heavy cream and egg. Mix until just combined.4. Pour filling over each crust, dividing evenly. Place in oven and bake for 20 minutes. Remove from oven and cool in pan for 20 minutes before removing cheesecakes (yes your cheesecakes will sink a little, this is normal).5. Remove cheesecakes from pan using the bottom of a wooden spoon. Using a butter knife, remove metal bottoms and place cheesecakes in an airtight container. Refrigerate for 2 hours before serving. 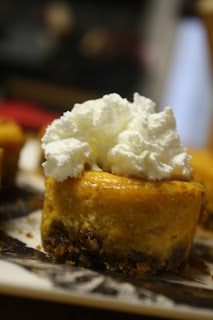