On the off chance that you have been invited to a  Super Bowl party tomorrow and you're still looking for something to take, then I have your answer.
I have two...count them.  TWO...fast and easy cookie recipes for you.
Neither require baking.
I made them both in less than 30 minutes.
Not 30 minutes each, but BOTH.
Yeehaw!
I told you I had the answer for the "what to take" dilemma! 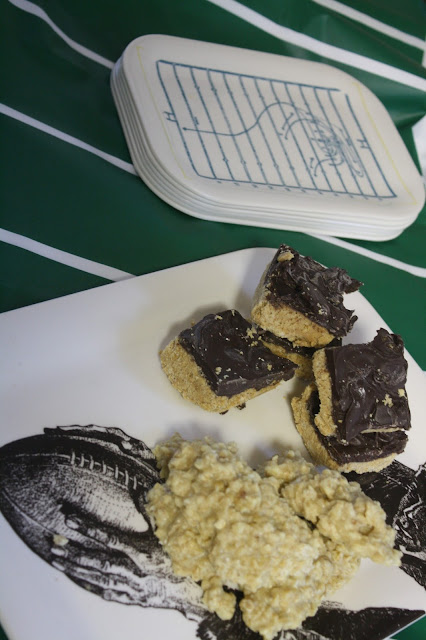 I do not even know what they are called.
One is like a home-made type Reese cup
and the other are No-Bake VANILLA cookies. 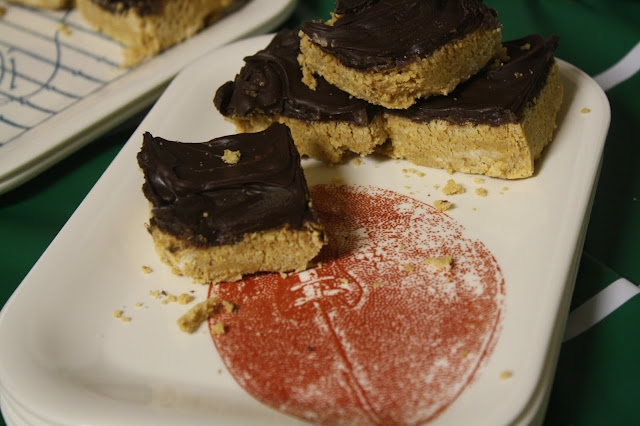 
In a medium bowl, mix together the melted butter, graham cracker crumbs, confectioners’ sugar, and 1 cup peanut butter until well blended. Press evenly into the bottom of an ungreased 9×13 inch pan. In a metal bowl over simmering water, or in the microwave, melt the chocolate chips with the peanut butter, stirring occasionally until smooth. Spread over the peanut butter layer. Refrigerate for at least one hour before cutting into squares. 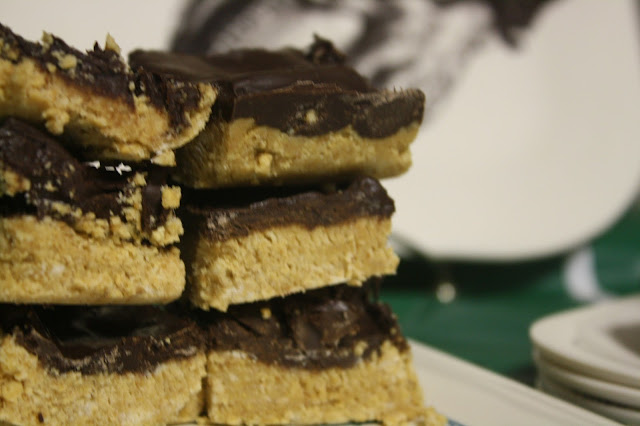 And I know the recipe says to refrigerate an hour before cutting, but I actually cut them after about 30 minutes of refrigeration and then put them back in the fridge to finish cooling. It worked out perfect. 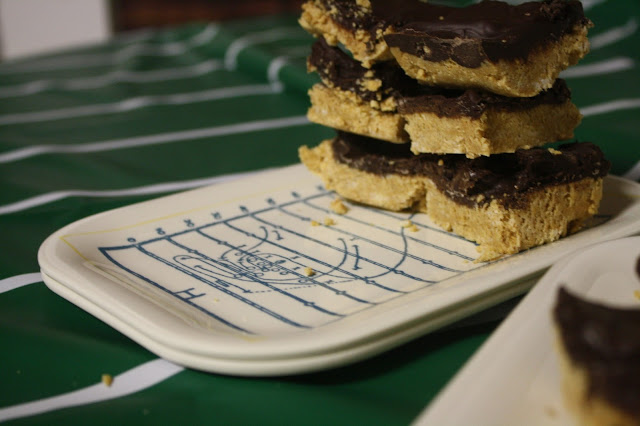 One other note, the Hubs said they would be good with milk chocolate chips as well (just in case you don't have the semi-sweet in your pantry. For that matter, any kind of chocolate would probably be good on top. 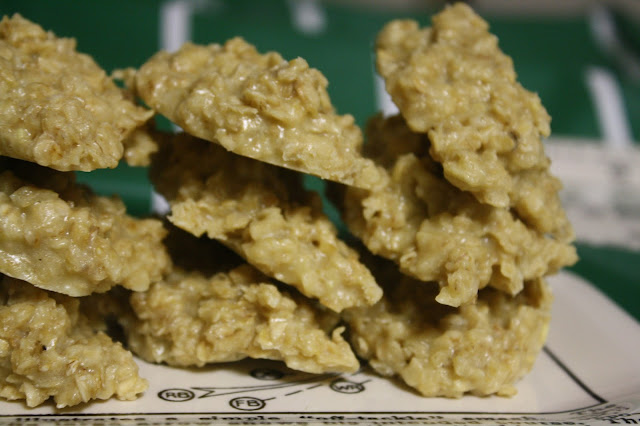 Then there are the No-Bake Vanilla's.  Here's the funny thing: These have a box of vanilla instant pudding in them. I was out, but I did have banana instant pudding. I thought about it, but decided no. I went to the store to get the vanilla instant pudding, then did not make them that night. Instead I put the pudding up in the pantry. The next day I went to make them and grabbed the pudding. I made them and one of my sons was home for the evening. He tried them out and loved them. He said two or three things about the banana cookies. Hmmmm. Finally I went to look in the trash and sure enough, I had grabbed the banana pudding box instead of the vanilla pudding box I had specifically gone to the store for. Rrrrrrrr. But my son loved them as No-Bake Banana's. Ha!  So I then quickly made the No-Bake Vanilla's and they also got the thumbs up. So there you go...I guess I've shared THREE recipes! 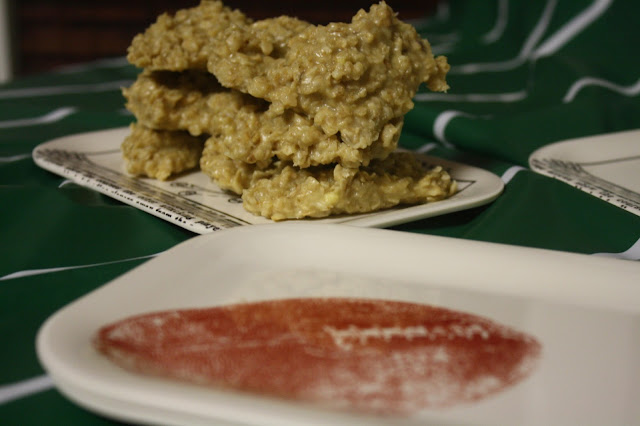 In a large pan, mix together the sugar, butter and the milk. Bring to a boil. Boil 2 minutes. Turn off the heat, add in the pudding mix, oats and vanilla. Let stand 5 minutes. Drop by tablespoon onto wax paper and let cool. 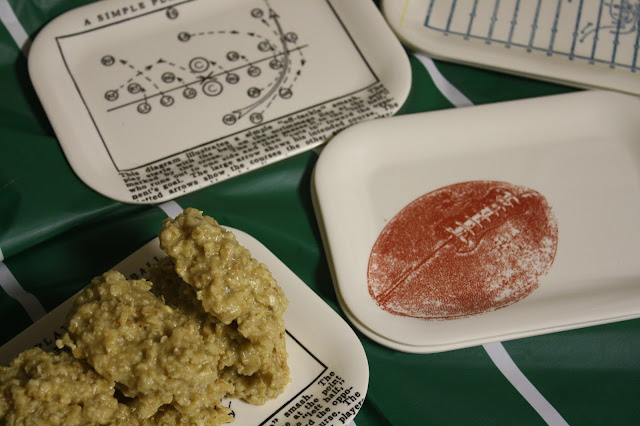 Like I said, I tried these out on one son and the Hubs. They both got thumbs up. You can't get much better assurance than that! 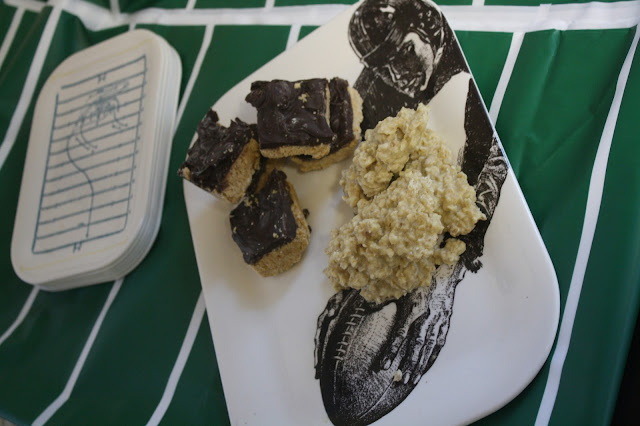 And if you are wondering about all those cute plates and platters...........Target last fall. I have a thing for football dishes and that same son that was my Taste Tester brought these home to me...along with some bowls. Now you know why I was happy to whip up two batches of cookies when he came home for a visit!
Linking with:
Foodie Friday