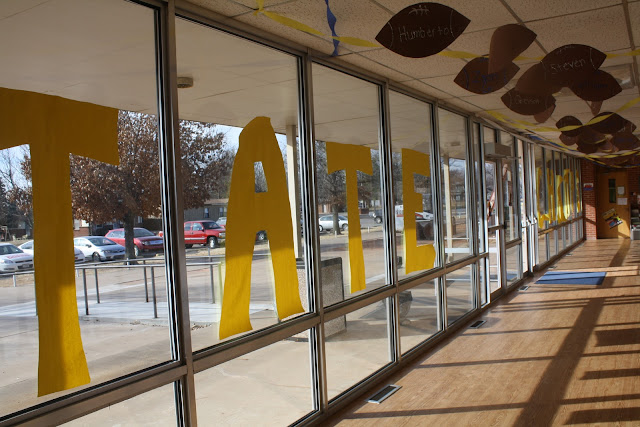 I teach at a high school that is about 50 minutes from where I actually live. I commute there each day with my husband!!  He is the IT Director for the school district. I commuted an hour from home when I lived in Kansas and my husband commuted 25 minutes in a different direction, where he was the IT Director at a small college. At each school I have taught Junior English. At the school I am at now I teach both Sophomore and Junior English. 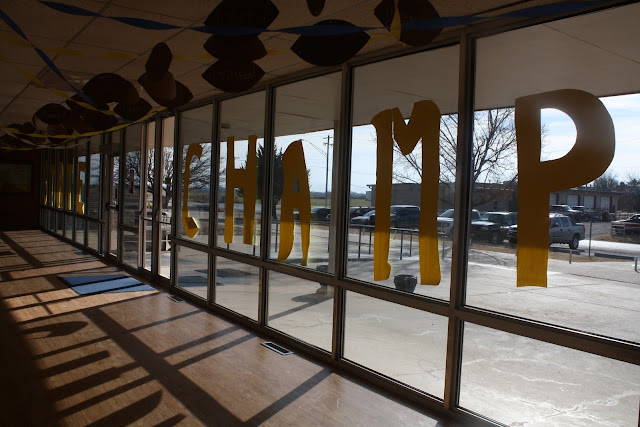 I have taught for so long that I can see a HUGE difference from when I began teaching in both students....and parents.  And many times the parents can be worse than the students! ha! 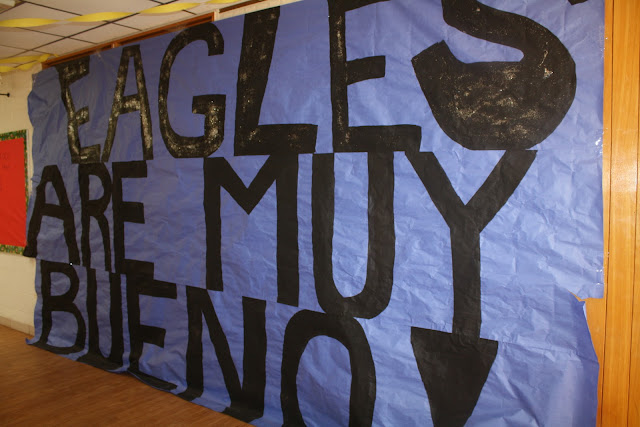 The school where I teach now has won the state football championship for the past two years. In addition, we were  state champs in track and field and cross country, and runners-up in state basketball. We excel in athletics.
Oklahoma emphasizes athletics a whole lot more than Kansas schools do.
I have mixed opinions on that. 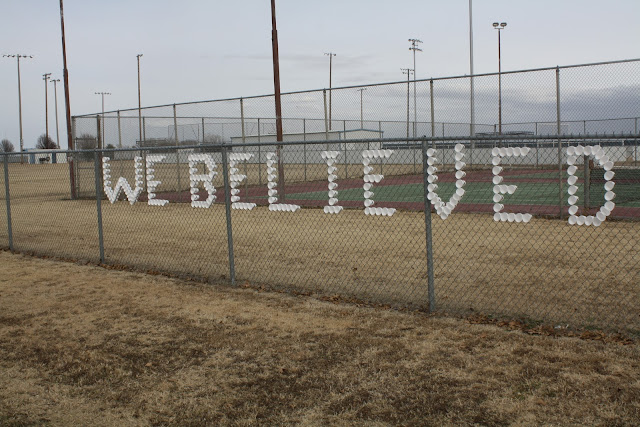 As the Sophomore and Junior English teacher, I "get" to give the state assessments. No matter where you live, if you have children in public schools, you know about end-of-the-year-state-assessments.  They are SO stressful. For students. And teachers!!
So much rides on those tests.
In Oklahoma, if my sophomores do not pass the English II test, then they do not get to graduate from high school.
For real.
They do get more chances, but the stress factor with consequences like that are very high.
For students. And teachers!!
My juniors take a test as well, but it "only" counts as one of seven that must be taken.
The sophomore level is the one where so much is on the line. 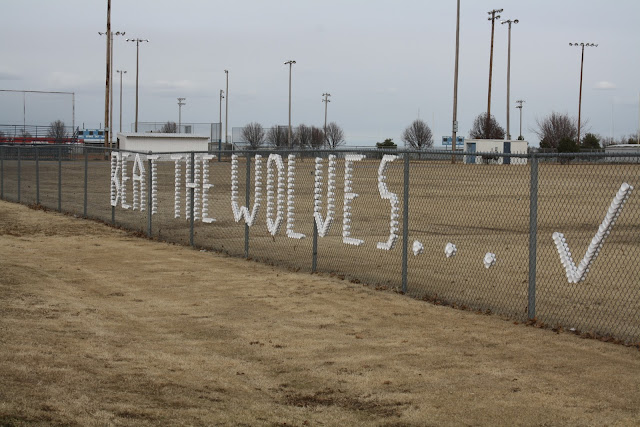 We begin our state testing next week. The Juniors will take their multiple choice test on Tuesday and the Sophomores will take their (very important) multiple choice test on Wednesday. The tests take all morning long. There are very strict rules and regulations that go with the testing. Then the next week the Juniors take their written (composition) test on Tuesday, with the Sophomores taking theirs on Wednesday. We have worked on the 100+ English elements that comprise these tests all year. The past few weeks we have had our noses to the grindstone practicing. 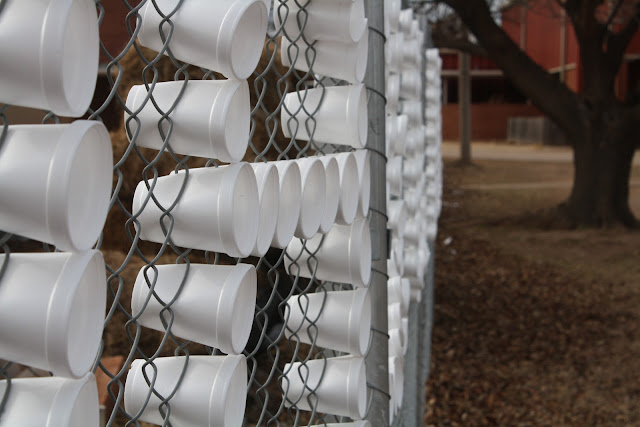 I try to always give my students a  snack and a bottle of juice before we begin the tests. Believe me, many students come to school without any food in their stomach. Testing is SO much better if your brain and your stomach are full!  Then I also try to give them candy with a little pun to match. Such as I hand out Smarties and say, "Be a Smartie. Do well on your test." Or I give out Snickers and say, "These test are nothing to Snicker about. do your best." Or after the first test I might give them a Tootsie Roll and say, "We are on a roll. Keep up the good work."  You would be amazed at how much even high school students love a little extra attention! 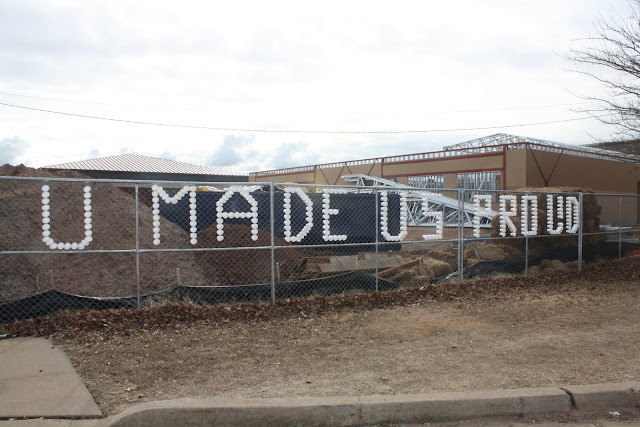 In addition to all this testing of the students over the next two weeks, and the intensive practicing we have been doing, I am in charge of the prom which is this Saturday. Really. WAIT. That is not all. There is a four-member committee for the prom. I am the only female. Really. I have had one of the male members  help a little, but the other two I have not heard from at all. Zero. Nothing. Nada. The one male that has helped will not be at the prom for religious reasons. That means the entire prom is on my shoulders. Talk about stress!!
This Friday we decorate for it and my decorations are still trickling in. Many of my best student-helper-decorators will be gone on Friday to ballgames and and a trackmeet. I am feeling the stress!! 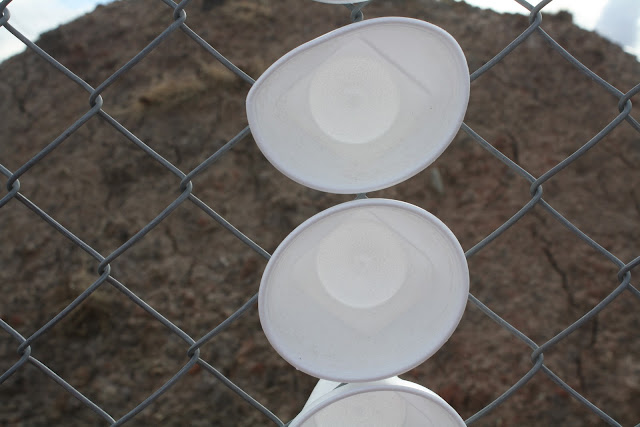 So in case you think I have just dropped off the earth and quit blogging, now you know why! I really have good intentions, but I am exhausted by the time I get home each night. 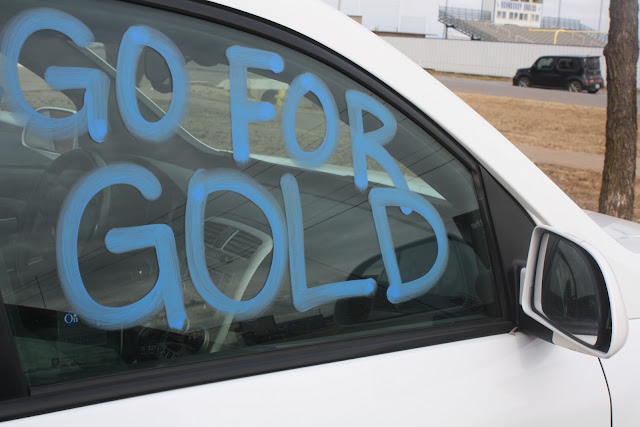 Then I just make more lists of things I need to do for prom, or testing. I think "I should blog about ...... or ....., but instead I think about the next two weeks! 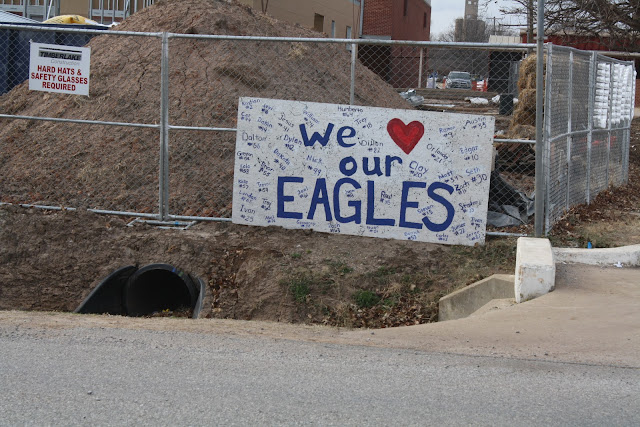 Once the evening of April 25th gets here, I will feel like a free woman. The prom will be over and all the testing will be done for my juniors and sophomores! 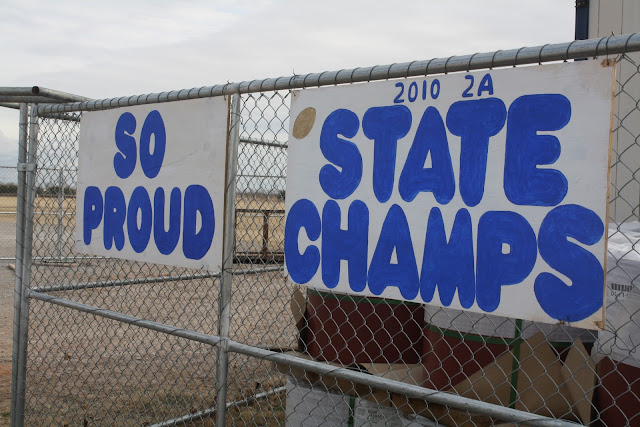 I am not one to usually wish my life away. But then again, I am not one to feel stress very often. In this case though, I cannot wait for the next two weeks to get over with! 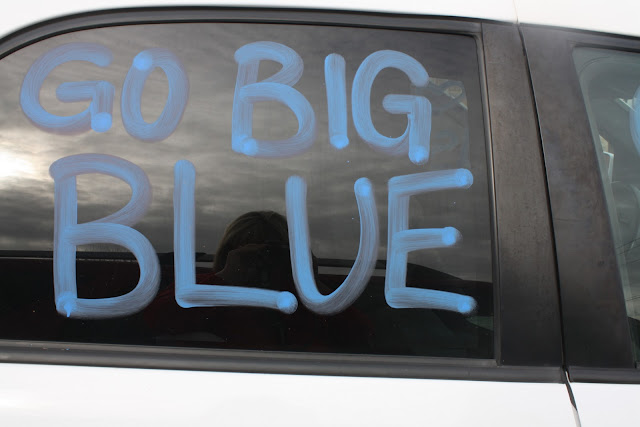 In addition to winning all those athletic championships, we also won another award. We were recognized for having the highest GPA's (in the state) on our athletic teams. Now that is something to be proud of! I'm hoping those brain cells kick into high gear over the next two weeks.....AND I'm hoping those nimble, swift, quick feet of all those athletes (and non-athletes) turn in to dancing feet on Saturday night!