Santa Hats off to You!!!

I saw this idea on Pinterest (yes, please follow me!) and I made it for a party on Sunday. 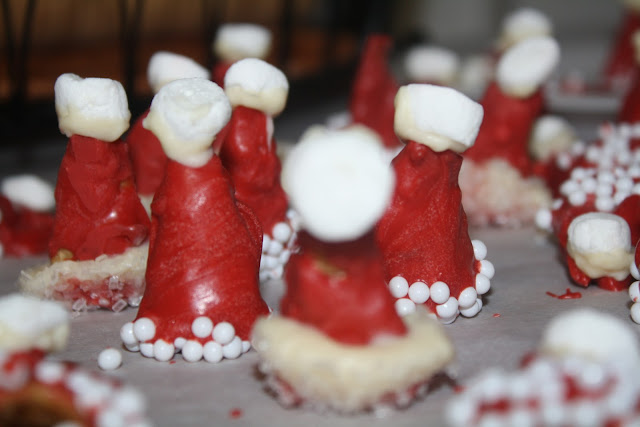 Honestly, there was nothing hard about
making this. But, I will say the
Santa hats were a little bit
time-consuming. 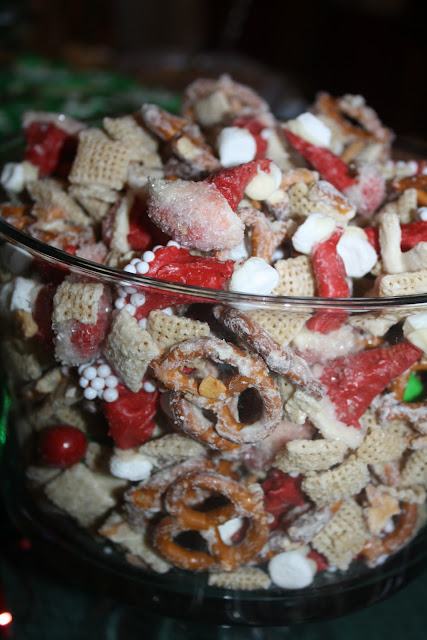 It's not that the
Santa hat's took a
looooonnnngg time,
but just longer than
my impatient self
had anticipated! 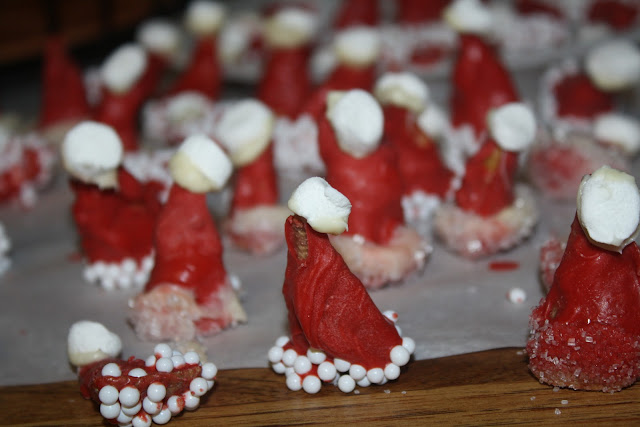 I used Bugles. I found Caramel Bugles and Chocolate Peanut Butter Bugles.
I melted some red candy melts, and dipped the bugles in a couple at a time.
My (im)patient self took them right out, and pushed the wide end of the (now red) bugles,
into the white pearly things.
When I ran out of the white-pearly-things I just simply set the red bugles down on the wax paper
and let them dry.
Once they were dry, I dipped the wide end of the bugle into white candy melts, then dipped the
still-wet bugle end into white sanding sugars.
My mother and her friends thought they were both equally cute.
(And their endorsement is good!!!) 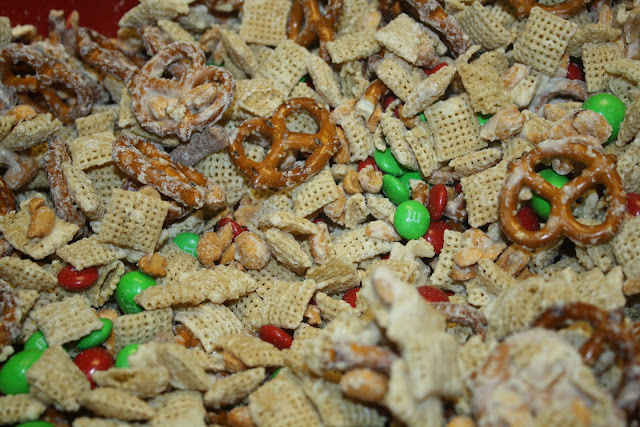 In the meantime, I put together a big bowl of
rice chex mix,
mini pretzels,
dry-roasted peanuts,
peanut M&M's,
regular M& M's (both in Christmas colors),
and some raisins.
I also tossed in the left over bugles (the ones I was too impatient to make into hats!)
Obviously, you can put in anything you want,
in any amounts.
I then melted some almond bark and tossed it around on the mixture.
The mixture was not coated, just a light coat of almond bark. While the mixture was drying out, I went back to the
Santa hats.
I used my kitchen scissors to cut mini-marshmallows in half.
I then used some of my melted almond bark and clued a
half-marshmallow on the tip of each bugle.
Then I tossed Santa's hats into the ring bowl. 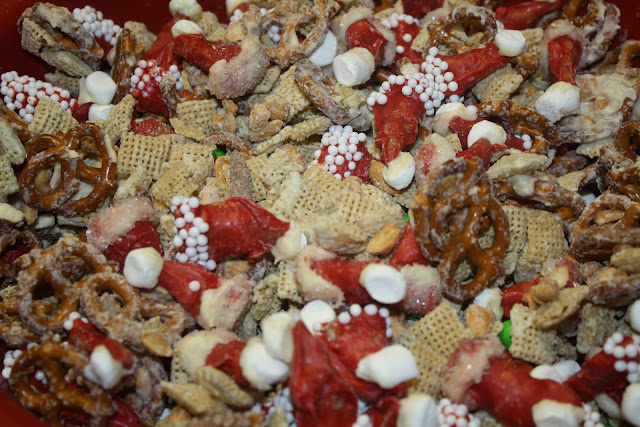 Mix it all around gently and you've got
Chex Mix with Santa's hats.
I caught my mom and her friends picking the hats out and
nibbling on them each time they walked by the bowl!
Really.
There were still plenty of hats for everyone.
Easy. Fun. Huge amounts to take to a party or divide up for your neighbors.
My Santa hat is off to you!

I am linking this with Foodie Friday and Funky Junk Interiors.